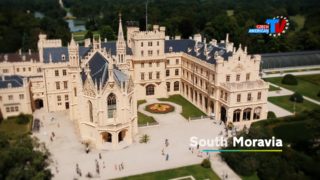 Czech Destinations: City of Brno and its area 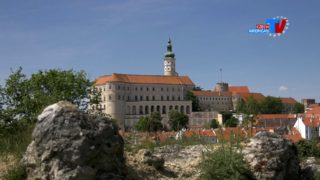 You will come across this delicious classic meal on the menu of every proper pub in the South Moravian Region. Moravian housewives, especially, should be able to cook this appetizing dish. And thanks to the tempting smell of baked meat wafting far and wide from the opened window, the housewife will certainly not eat at […]

Smoked trout with dill sauce is a recipe that originated in South Moravia. You might wonder why exactly people from South Moravia came up with such a recipe. Well, one of the reasons is that there is a huge and long-standing fishing tradition in South Moravia, dating back to the times when Moravia was part […]

Moravian kolaches are among the best foods, and they helped make Czech cuisine more famous in world gastronomy. A classic choice for special occasions, the Moravian kolache is a traditional pastry, more than 200 years old. Kolaches were usually baked on Christmas and Easter, and for christenings and weddings. In wealthier cottages, they were baked […]

Czech ancestors did not know nutritional supplements, nor detoxification procedures, and they still did not have any digestive issues like many of us. Their diet, which included a lot of legumes and grains, had a huge credit for it. Try them, like in this delicious mix of lentils and less ordinary millet grains, which is […] 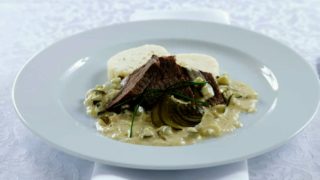 Znojmo style roast beef is a well-known and a typical local meal in the region of South Moravia. Znojmo is very famous for their local production of cucumbers. These little cucumbers are pickled in the original sweet-sour and spicy mixture. The cultivation of this product in the Znojmo region was introduced in 1571 by Louka […]

The recipe comes from South Moravia, where locals have great respect for traditions and the old ways. One such tradition includes cooking rabbit in classic stone ovens using oak wood. Eating rabbit is as important a part of history as wearing traditional folk costumes and celebrating the harvest. For more information about the South Moravia […]

Pork crackling buns probably originated in Hungary, and they are also very popular in Slovakia. However, crackling buns are considered a specialty in the south of Moravia as well. The word pagace comes from pogacsa which in used in South Slavic languages. The name derives from the word focacea (baked dough), which is associated with […]