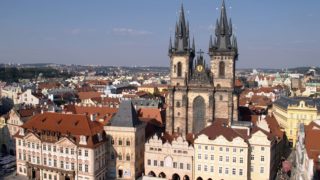 The capital of the Czech Republic and home of the Czech Government. The town developed from a settlement around the Prague Castle (founded in the second half of the 9th century), as written in the journal of Abraham ben Jacob, a Jewish Arab merchant. Originally divided into several autonomous “towns”: Old Town (known already before […]