The Mattoni Museum shows all the details regarding the parent company Mattoni 1873 a.s.

The Karlovy Vary Museum was before the Anton Pitroff Museum, which was founded in 1867.

The Frantiskovy Lazne Museum has its origins in 1912, when the first items for the future museum began to be collected among the inhabitants through a collection.

Discover Czech Regions: Karlovy Vary Region is a region with the highest concentration of spa locations in the country, with spa services being the profile industry and creating the Region’s image.

Learn more about Ore Mountains , city of Karlovy Vary and town of Cheb. 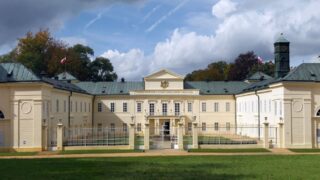 Kyzvart Chateau is full of Treasures. Representative summer-residence of Chancellor Metternich with many collections of wonderful art, coins etc. 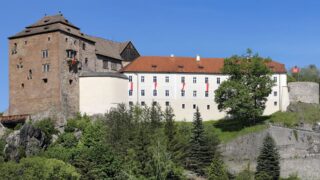 Becov nad Teplou is a small town located in the Karlovy Vary region, not far from the city of Karlovy Vary. The main attraction is the historic district.

The Museum of Sokolov’s first part of the exhibition acquaints visitors with the history of the region from prehistory to the middle of the 20th century.

The Cheb Museum was established by a decision of Cheb’s Municipal Council in January 1873, becoming one of the oldest regional museums in Bohemia.