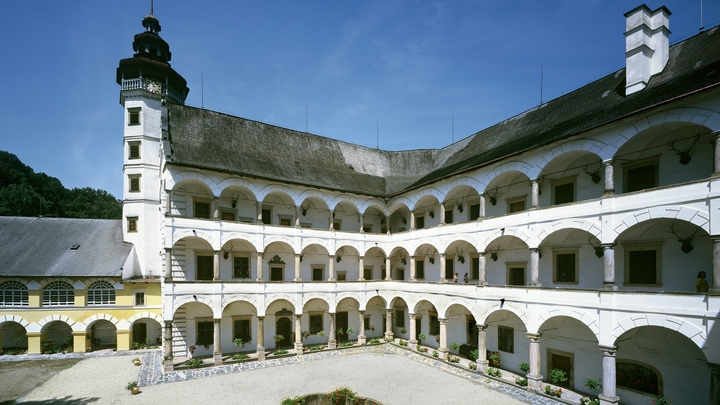 The predecessor of today’s castle was a water tower, which probably was founded in the 14th century. The fortress did not comply to new owners (Zerotinove) and thus came to be in 1531 rebuilt into a Renaissance chateau. The initiator of this reconstruction was the younger of Jan Zerotin. The magnate is also credited with founding the nearby paper mill and had found Velke lazne.