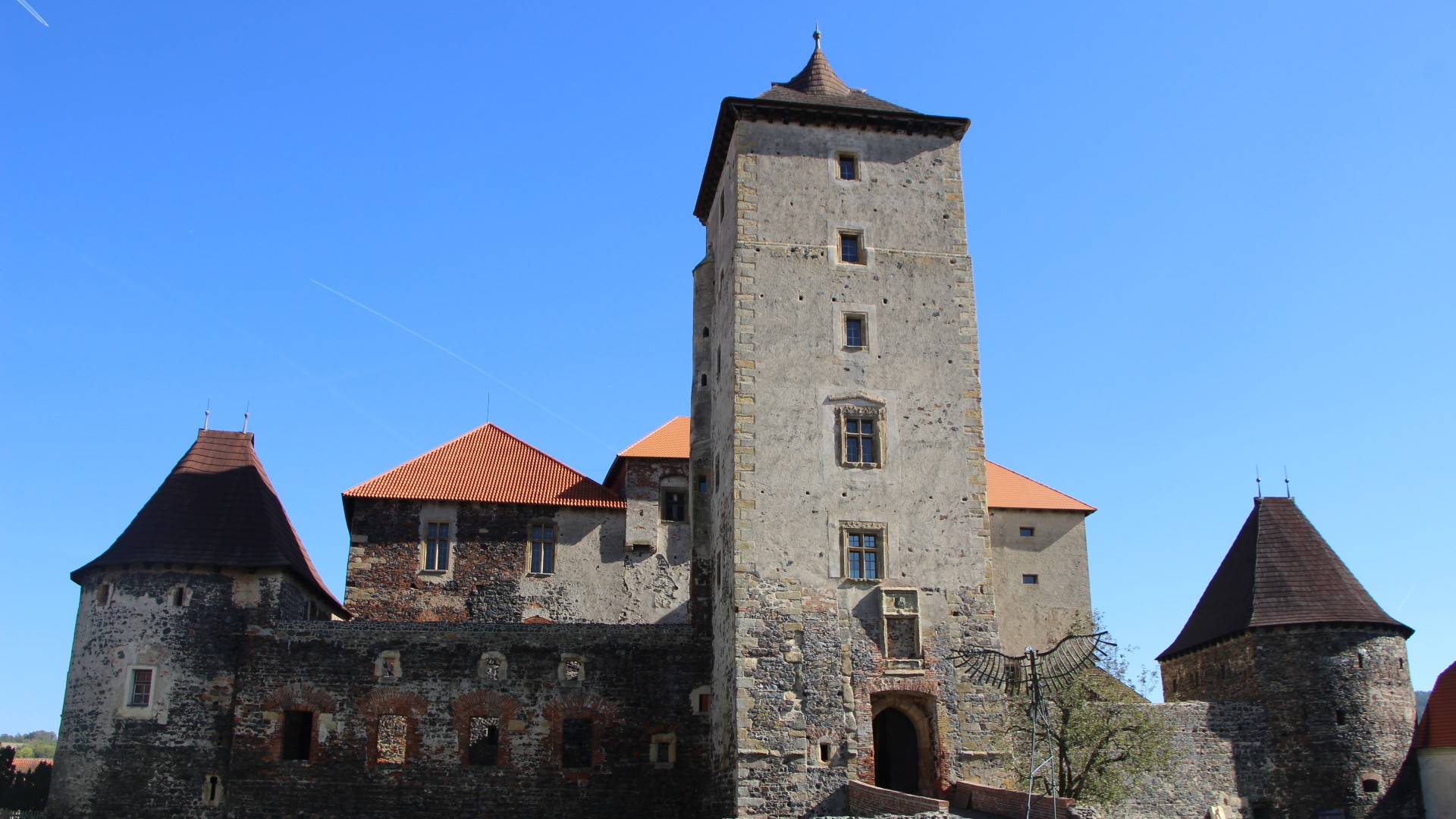 Svihov Castle was built at the end of the 15th century by the royal Puta Svihovsky, one of the most important men of the Ryzmberk family. From the original idea, Svihov Castle was composed as an artificial island. The buildings in the middle formed the core of the castle with a palace, a chapel and a lookout tower and closed the courtyard. They were protected by inner walls with four corner bastions and the first moat. The second set of walls, also with a moat, surrounded the core of the castle and strengthened the possibilities of defense. However, this second construction phase was not completed until Put’s death (1504) Both moats were supplied with water from the river Uhlava.

After Put’s death, the castle was inherited by his two sons, Vaclav and Jindrich. However, they did not manage to maintain the estate and gradually had to give up their property. The castle was sold to Heralt Kavka. The fateful period for the castle occurs in the first half of the 17th century, when it lost its original functions.

During the Thirty Years’ War, it twice resisted the attacks of Swedish troops. The king took control of Svihov castle which lost a large part of the outer fortifications and both moats. The Cernins managed to cancel the demolition of the castle. However, they continued to use the castle only for economic purposes.

The castle survived the Second World War as a farm without major damage and after the war it was confiscated as part of the Cernin estate. In 1947, the newly established National Cultural Commission Now it is managed by the National Monuments Institute Monuments Institute and presented to the public through the Castle, Kitchen and Tower tours.

For more information about Pilsen Region, from which this castle comes, click here and here.