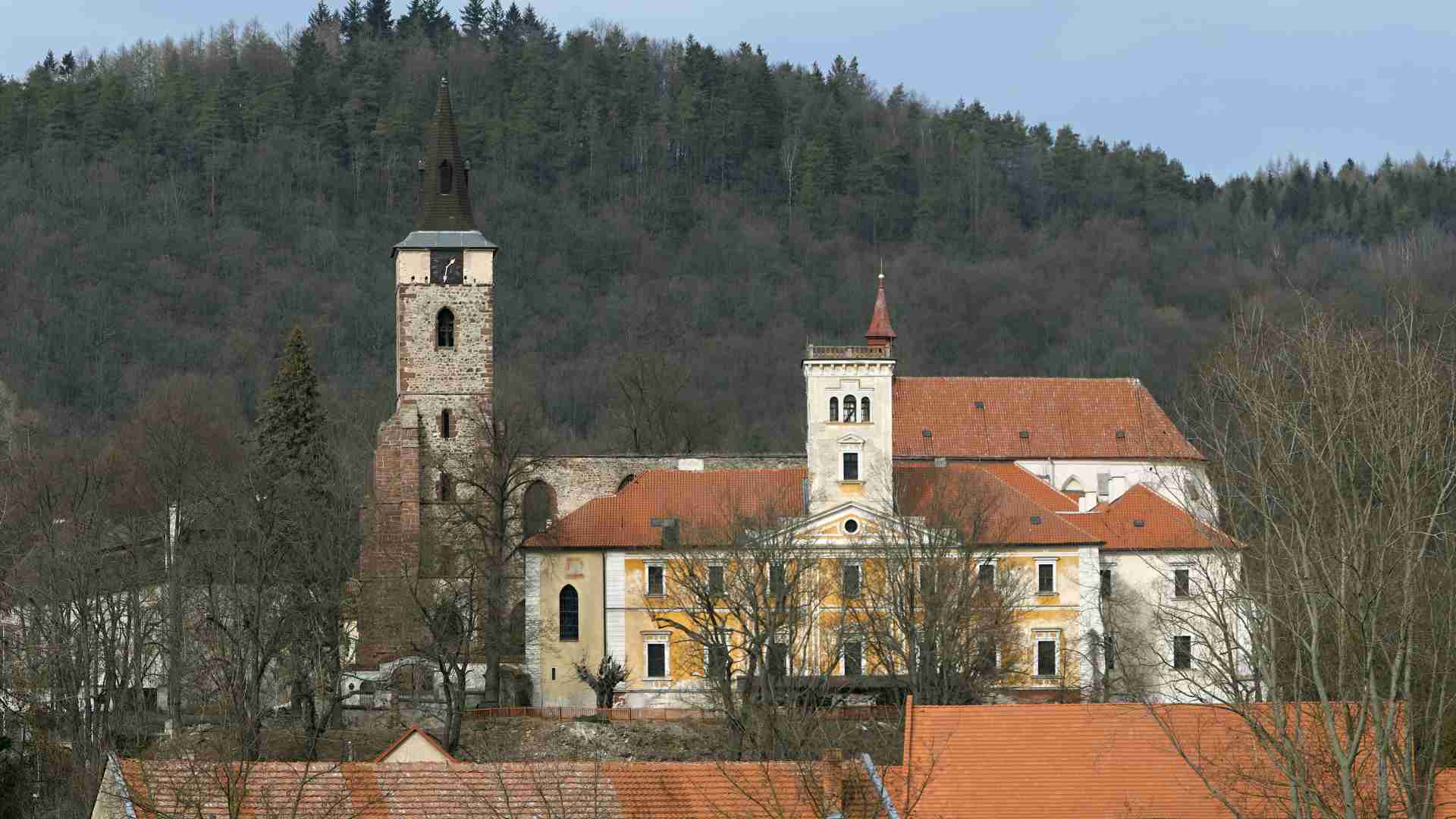 Sazava monastery is located in the Central Bohemia region. The Sazava monastery is one of the oldest Benedictine monasteries in the Czech Republic it’s also the third oldest monastery overall. It was located in 1032 thanks to Saint Procopius, he was staying in a cave near the nowadays monastery and gathered a group of people around himself who were willing to follow him. The actual locater was Bretislav I. the Duke of Bohemia and thanks to him the monastery was built.

And how did Procopius become a saint? In order to be canonised you need to follow certain rules, you have to dedicate your life to the Christian fate live by the set of rules which is given and either do something great for spreading the fate or to perform a miracle. Saint Procopius falls under both of these categories. There are many legends connected with him, probably the most famous one is that he harnessed a devil into the plough and of course he was the one who came up with the idea of building the monastery.

The monastery was really important because it was one the only churches at the time that performed the Slavic liturgy (that means that the whole liturgy was in Slavic language which was the invention of Cyril and Metodej) it became known as a place where sick people got healed. But that only lasted till the end of the 11th century. Then the monks were forced to leave (they’ve spent a couple years in exile) the Slavic liturgy was no longer supported by the heads of the state and the Latin Benedictines started living in the monastery which remained theirs ever since. Even though the situation in the monastery drastically changed the “cult” of Procopius didn’t disappear. He was canonised in 1204.

During the Romanesque period the monastery was growing and more buildings were added also some of the chronicles from Sazava coming from these times are known.

Of course nowadays the buildings look different it went through huge reconstructions during the Gothique period and also the period of Baroque. What’s also interesting about the monastery is a statue of Madonna of Sazava. The usual depiction of Madonna is Virgin Mary holding the new born baby Jesus but in this particular case the baby is slightly older and Mary is holding his hand while he carries a basket.

I would like to end with some more legends they say that there are three stars carved into the stone of the monastery and if you can find all three of them it will bring you luck. If you can’t find them you can try one more thing, there is a painting of Saint Procopius and he appears to be asleep if you wish something and he blinks at you it means he’ll be protecting you from now on.

For more information about the Central Bohemia region, from which this monastery comes, click here and here.