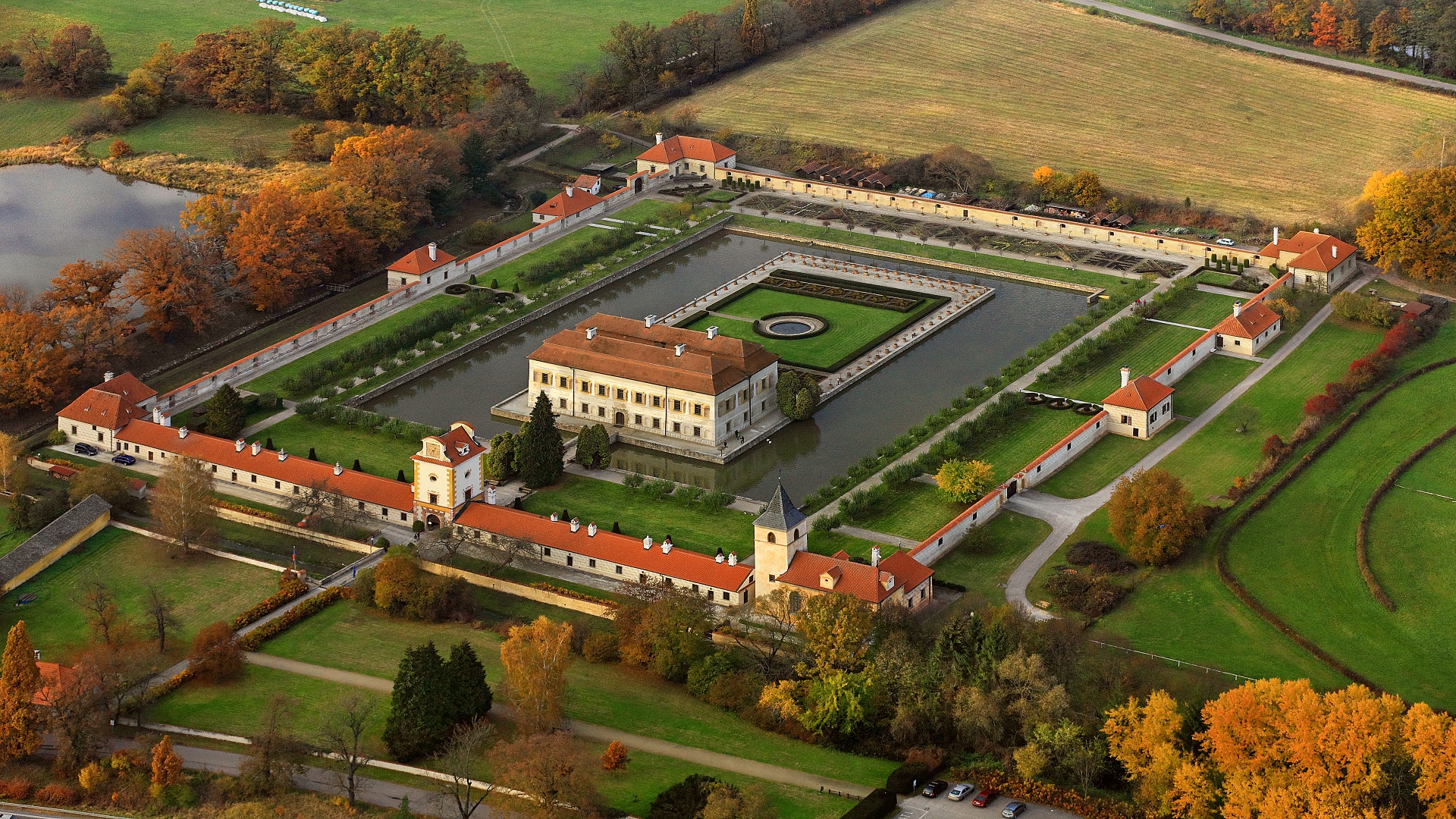 Kratochvile is a beautiful chateau which is situated about 2 km northwest of Netolice in the South Bomemian region in the Czech Republic. Kratochvile Chateau was built in the 16th century in the Renaissance style. In the beginning, there was a farmyard called Leptac. This property belonged to Wilhelm of Rosenberg, and he donated it to Jakub Krcin of Jelcany.

Jakub Krcin of Jelcany was a famous pond builder; he built a deer-park here. After these changes, Wilhelm of Rosenberg really liked this place and he traded it for the town of Sedlcany and ten other villages. The italian architecht Baldassaro Maggi of Arogno built a new hunting castle next to Leptac. Where there was swampy ground, they used alder pillars to stabilize the foundations. The architect Maggi collaborated with renowned German painter Georg Widman and Italian stucco artist Antonio Melana. The regent’s room was decorated with Widman’s paintings of animals, plants, fish, and crayfish, which symbolized the ponds typical of South Bohemian scenery. Construction was finished in only six years (1583-1589).

The final look after the construction looked like a large rectangle with three houses built in the outer wall on three sides. A villa was situated on the front side of the garden, instead of at the center of the rectangle, which was more common. On the west side there was a garden house, and on the east side there was the small Church of Birth of Virgin Mary. There was also a rectangular moat, which was placed around the villa and the yard.

When Wilhelm of Rosenberg died in 1592, Kratochvile was under the control of the last Rosenberg ruler, Peter Vok. Because of the unfavorable financial situation, Peter Vok sold the Kratochvile Chateau and his Krumau domain to Emperor Rudolph II of Habsburg in 1601. In 1622, the Styrian nobleman John of Eggenberg claimed this chateau. In 1719, Kratochvile Chateau gained new owners – the Swanzenbergs. The chateau was nationalized after the land reform of 1922. In 1950, the Nation Cultural Committee put Kratochvile Chateau into the first category of cultural heritage sites. In the second half of the 20th century construction and restoration works began.

For more information about the South Bohemian Region, from which this chateau comes, click here and here.