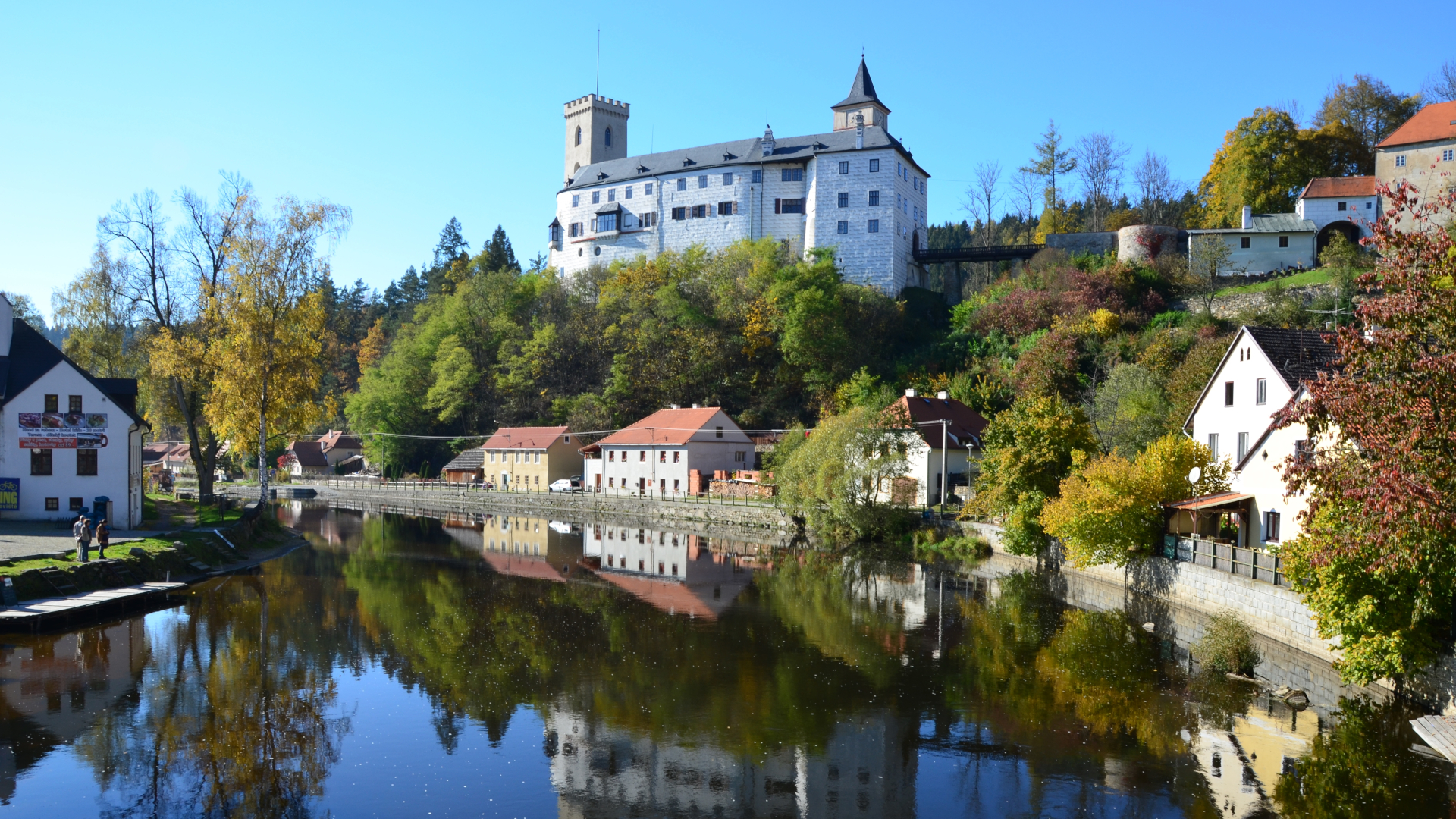 Rozmberk is located in the South Bohemian region. The castle from the middle of the 13th century is one of the oldest castles of the Vitkovci, the predecessors of one of the most important Czech aristocratic family – the Rozmberk family. It is a complex of originally two castles called Lower Castle and Upper Castle, but only the stone tower called Jakobinka has been preserved. The upper part was later converted into a summer aristocratic residence. The lower part also had several reconstructions, the most significant one influenced the appearance of the Renaissance and finally the style of English Neo-Gothic. In the 19th century, this part of the last owners – The Buquoy family – was transformed into a romantic museum open to the public, whose interior is now complemented by valuable collections of paintings, weapons, furniture, glass and porcelain. In the hall there is a portrait of the White Lady Perchta from Rozmberk. According to the legend, she appears here.

Rozmberk was built on an important trade route leading from Bohemia through the town of Vyssi Brod. With the original German name Rosenberg it was first mentioned in 1250, during the reign of King Wenceslas I. The castle was the residence of the ruler and the center of the manor. Despite its advantageous strategic location, the castle was conquered several times. In 1551 the family estates were given to sixteen-year-old Vilem of Rozmberk. This period is also one of the most famous in Rozmberk’s history. After his death in 1592, Petr Vok took over the manor. During his reign some interiors were changed under the influence of the Italian Renaissance. In 1601, Petr Vok gave the Rozmberk estate to Jan Zrinsky, who lived there until his death in 1612. The new owner had interior modifications made in the spirit of mannerism. The Gothic castle became a comfortable Renaissance residence. The events at the beginning of the Thirty Years’ War caused that the owner of Rozmberk was General Karel Bonaventura Buquoy in 1620. Jiri Jan Jindrich Buquoy was a passionate collector of art and historical objects. In the spirit of the romantic feeling of the 19th century, he realized a grand plan and rebuilt Rozmberk into a family museum. Extensive building modifications were made in the style of Romantic Gothic and the appearance of the castle has changed radically. The castle, which received its final form, was opened to the public.

Part of the Rozmberk castle is also the tower Jakobinka. The body of the tower is 38 meters high and has five storeys. The floor is original, made of wooden planks, as well as a beamed ceiling. This is the same on each storey of the tower. From the beginning of the 19th century Jakobinka was exclusively used as a lookout tower and now is open to the public.

For more information about the South Bohemian region, from which this castle comes, click here and here.