Our new weekly broadcasts are on Monday/Tuesday with listings of the prior six months.

City of Brno – is the second-largest city in the Czech Republic and one of the 100 largest cities of the EU.

The Brno metropolitan area has more than 600,000 inhabitants.

Discover Czech Regions: Karlovy Vary Region – By the mid-14th century, Czech king Charles IV realized that the hot springs in the valley of the river Tepla had extraordinary therapeutic effects. This area became the leading spa destination in the Czech Republic. 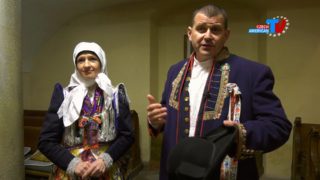 Exhibition of Hats at the Novy Jicin Museum