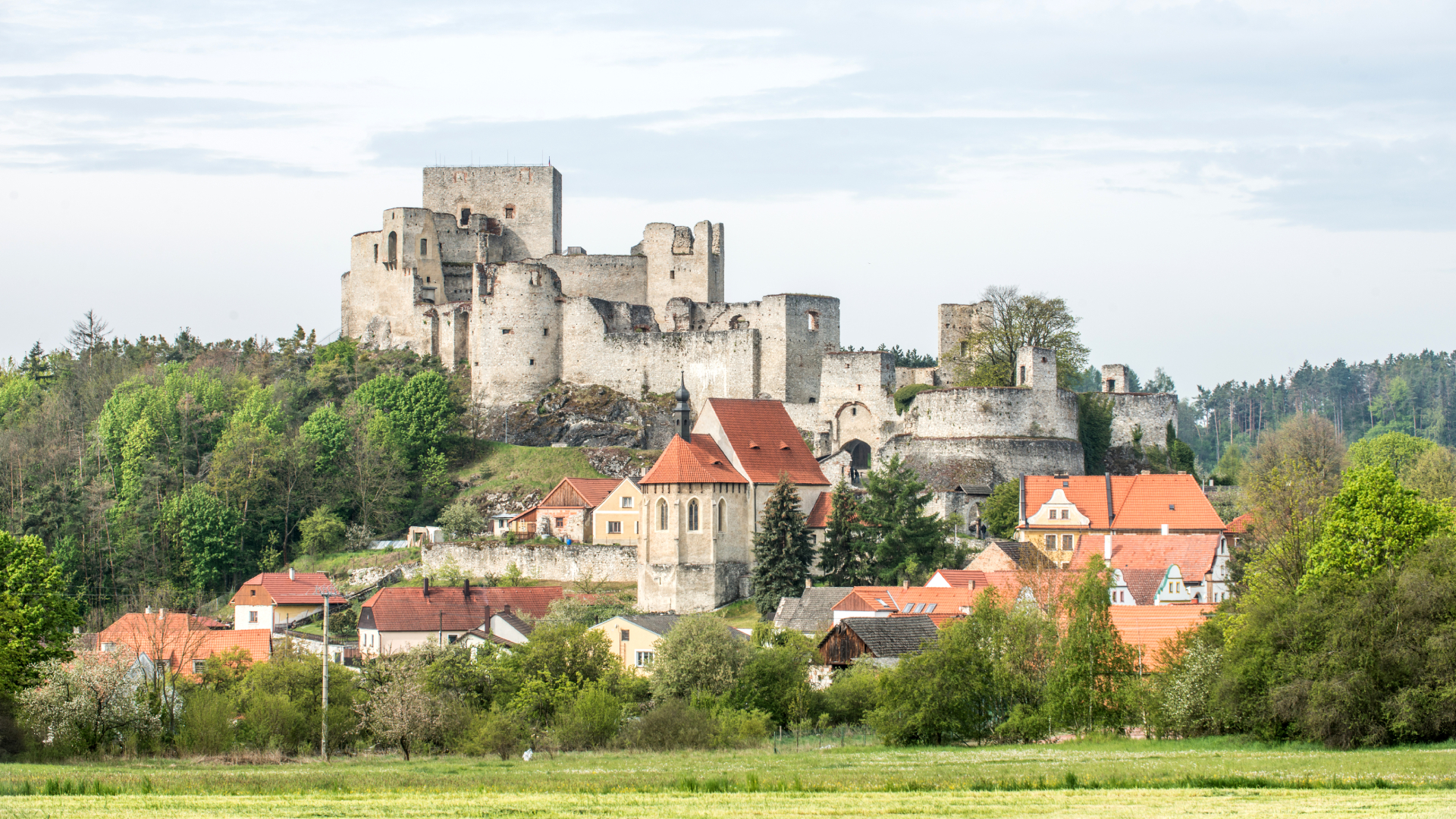 Rabi is the largest castle ruins in Bohemia and it is located in the Pilsen Region. Rabi Castle was established in 1350 as a guard fortress. During the 14th and 15th centuries it was rebuilt and expanded into a large castle complex. It was a representative seat of lords from Rozmberk. In other words, Rabi Castle was a family seat and simultaneously had to perform various defenses in the area of upper Pootavi.
At the end of 14th century or at the beginning of 15th century, the lords from Rozmberk expanded the original fortress and made stronger seat defenses. Lords from Rozmberk were in support of King Zikmund and against the Hussite movement. Jan Zizka from Trocnov conquered Rabi Castle twice in 1420 and in 1421. In front of this castle, Jan Zizka from Trocnov lost his eye. During the Hussite conquest, Rabi Castle was badly damaged.
The most famous owner was Puta Svihovsky (1450/1452-1504). Puta Svihovsky was an educated and cultured aristocrat. He tried to create economic development. He established lots of villages around the Castle. Puta Svihovsky rebuilt the castle with a Gothic character. After Puta Svihovsky´s death (in the 16th century) property was split between two of his sons. However, the sons made many bad decisions, so they became indebted. Because of their poor decisions they had to sell all their inheritances.
After the lord of Rozmberk, the Castle had many owners, which caused Rabi Castle to begin decaying. During the Thirty Years´ War the Castle experience economic, demographic and cultural decline.
With the beginning of the 18th century came Rabi´s destruction. The castle was burned down and a fire destroyed its roofs and wooden features.
The first rescue attempts were in the 19th century. Gustav Jachym from Lamberg closed the main gate, on the top a viewing platform originated and part of the masonry was repaired.
This problem was solved in the 20th century, When the Association for the Preservation of Monuments was established. The Association started the reconstruction of parts of this castle. It later established a small museum and started holding tours.

For more information about the Pilsen region, from which this castle comes, click here and here.