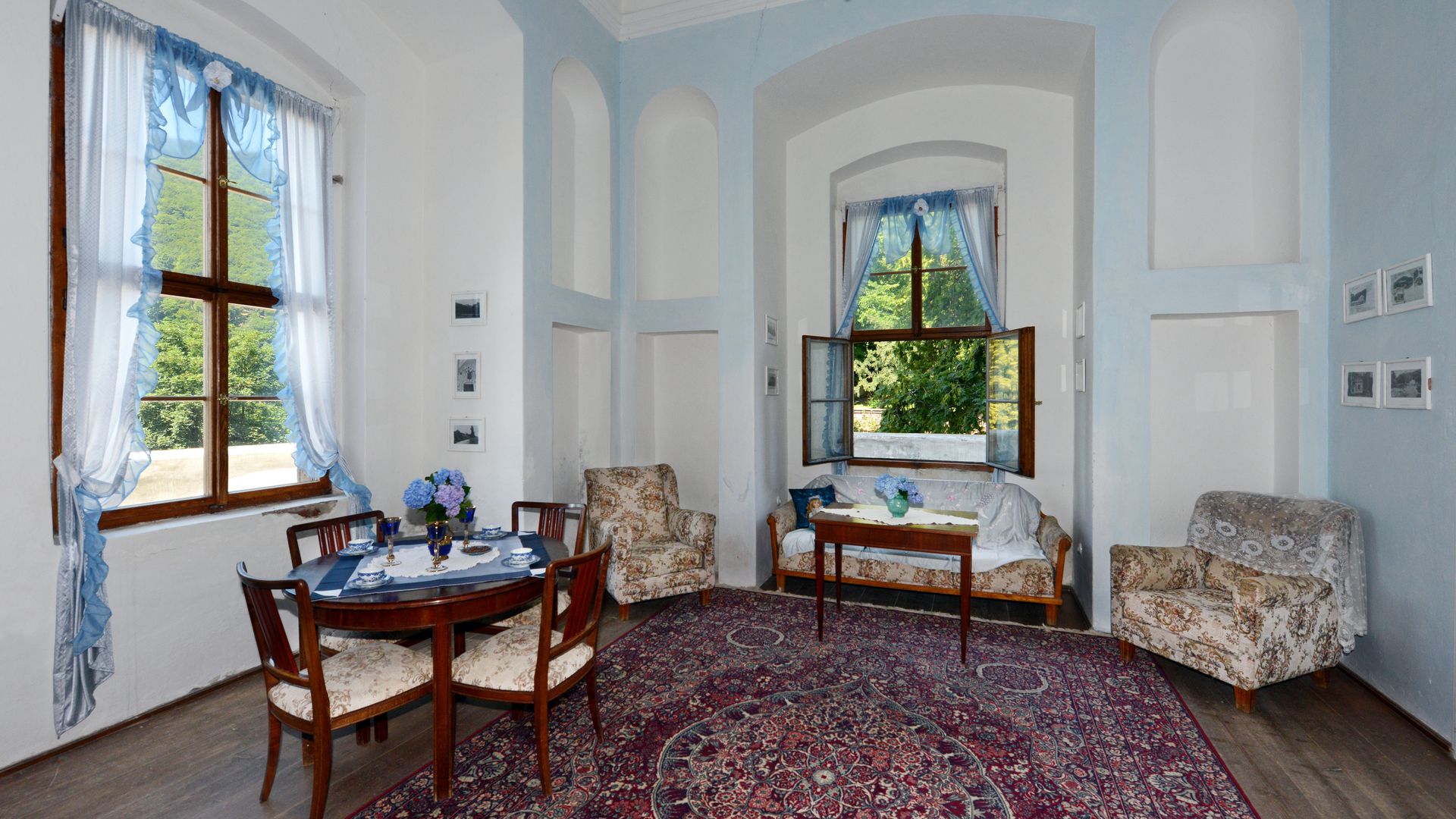 The Jezeri Chateau located in Usti nad Labem Region was originally built as a castle in Gothic style during the middle of the 13th century. The he first documented owners were lords of Rvenice. Afterward, the castle went through several owners and remained unharmed even during the Hussite Wars, until the time when it was owned by Sigismund of Perc. During his ownership, the castle was the site of several skirmishes with the Hnevin castle, which was owned by Saxons. These violent outbreaks lasted until the Czech King George of Podebrady occupied the Jezeri castle in the year 1455 and used it to conquer the city of Most, upon which the Hnevin castle was built.

Then the castle was returned to Sigismund, who later sold it to MikolasHochhauser of Hochhaus who made significant renovations and turned the Gothic castle into a Renaissance chateau. It remained in Hochhauser’s family’s hands until it was confiscated by Emperor Ferdinand II in 1618 due to Jan MikulasChochhauser’s taking part in the Bohemian revolt. In 1623 the emperor gave the chateau to Karl of Lichtenstein, who sold it one year later to Villem of Lobkowicz. Shortly after, the chateau caught on fire and remained dilapidated until Villem’s grandson Frantisek Villem of Lobkowicz repaired it and upgraded it to a Baroque chateau in 1696.

The Lobkowicz family cared for the chateau for the next 350 years until it was occupied by the SS in World War Two. The German army used the chateau as a prison for prominent people. After the war, Jezeri was returned to the Lobkowiczbut it was confiscated by the Communist government after the February Revolution. The chateau belonged to the Czechoslovakian army until 1955, when it was taken over by the Ministry of Education. The castle decayed for the next 17 years until plans for reconstruction were made in 1972.

The reconstruction was not realized because the chateau had been built directly above coal deposits slated to be mined. Luckily the chateau did not have to be demolished even though its surroundings were destroyed. Since the Velvet Revolution in 1989, the chateau is slowly being repaired and is partially open to the public.

For more information about the Usti Region, from which this chateau comes, click here and here.