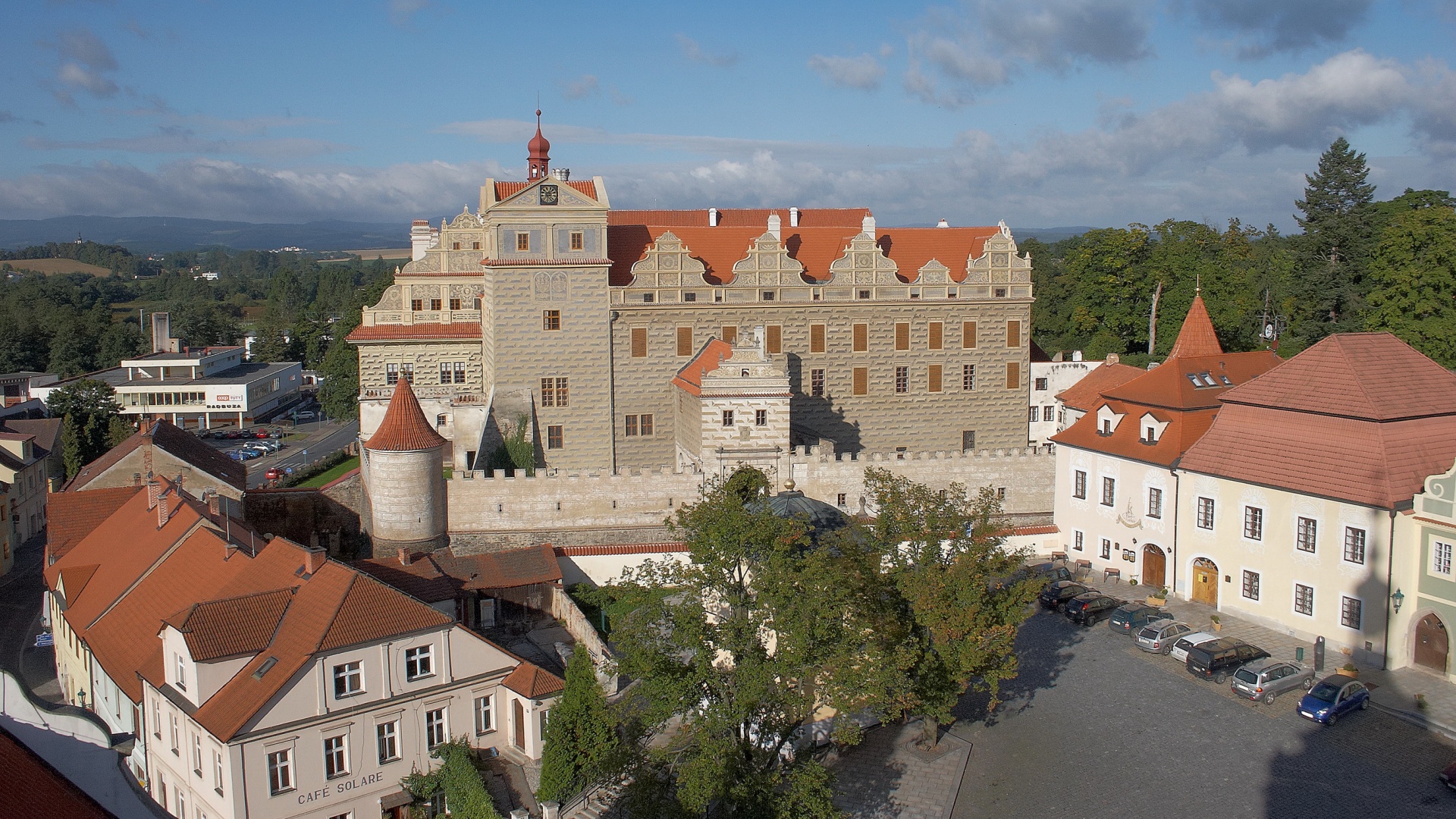 This chateau and castle are located in the town of the same name. It is one of the most famous Renaissance historical sights of Western Bohemia. In the twelfth century, the bishop’s court was situated in village Horsov. This village is located maybe two kilometers from town, which was called Tyn, now called Horsovsky Tyn. This bishop’s court failed to meet the requirements of the time of the thirteenth century, so in the half of the thirteenth century, one of the Prague bishops build the walled early gothic castle. The most precious part of the interior from this time is the gothic chapel. Ronsperks were ones of the first noblemen, who came here. Since the thirties of the sixteenth century, it was held by Lobkoviczs. In 1547 the castle was damaged by fire. After that, the castle was rebuilt into a renaissance chateau. Today design of the chateau came from this time. In 1623 Maximilian Trauttmansdorff bought it. Trauttmansdorffs owned the chateau for more than three hundred years, until 1945. Then the state got this building on the basis of the Benes letter of appointment. This chateau is very interesting because, since the renaissance rebuilding from the sixteenth century, it was not rebuilt until today. In 1966 the whole compound was added to the list of the National cultural monuments. In this compound, we can find not only the chateau building but also the building of The Burgrave’s palace and the Chateau’s park, where are situated gloriette, Loreto chapel, and The Widow’s house. Almost the whole castle and chateau is surrounded by the chateau park. There we can find two ponds. Often the weddings take place there. In the upper part of the park, three buildings are situated there. Before we can see the garden on this place, which was founded in 1550 in the style of The Italian renaissance gardens. In 1880 the garden was rebuilt to The English park. The last change of this park took place at the beginning of the twentieth century. The park was rebuilt into a natural landscaping park. One of the most famous buildings of this park is gloriette. It was a gothic building, but then it was rebuilt into an observation tower. Now it is in terrible condition. The Loreto Chapel was the first building of this type in Czechia. The last building of this park is The Widow’s house. It was built as a present for the wife of Jan Popel. The museum was situated there and worked until 1993.

For more information about the Pilsen region, from which this chateau comes, click here and here.