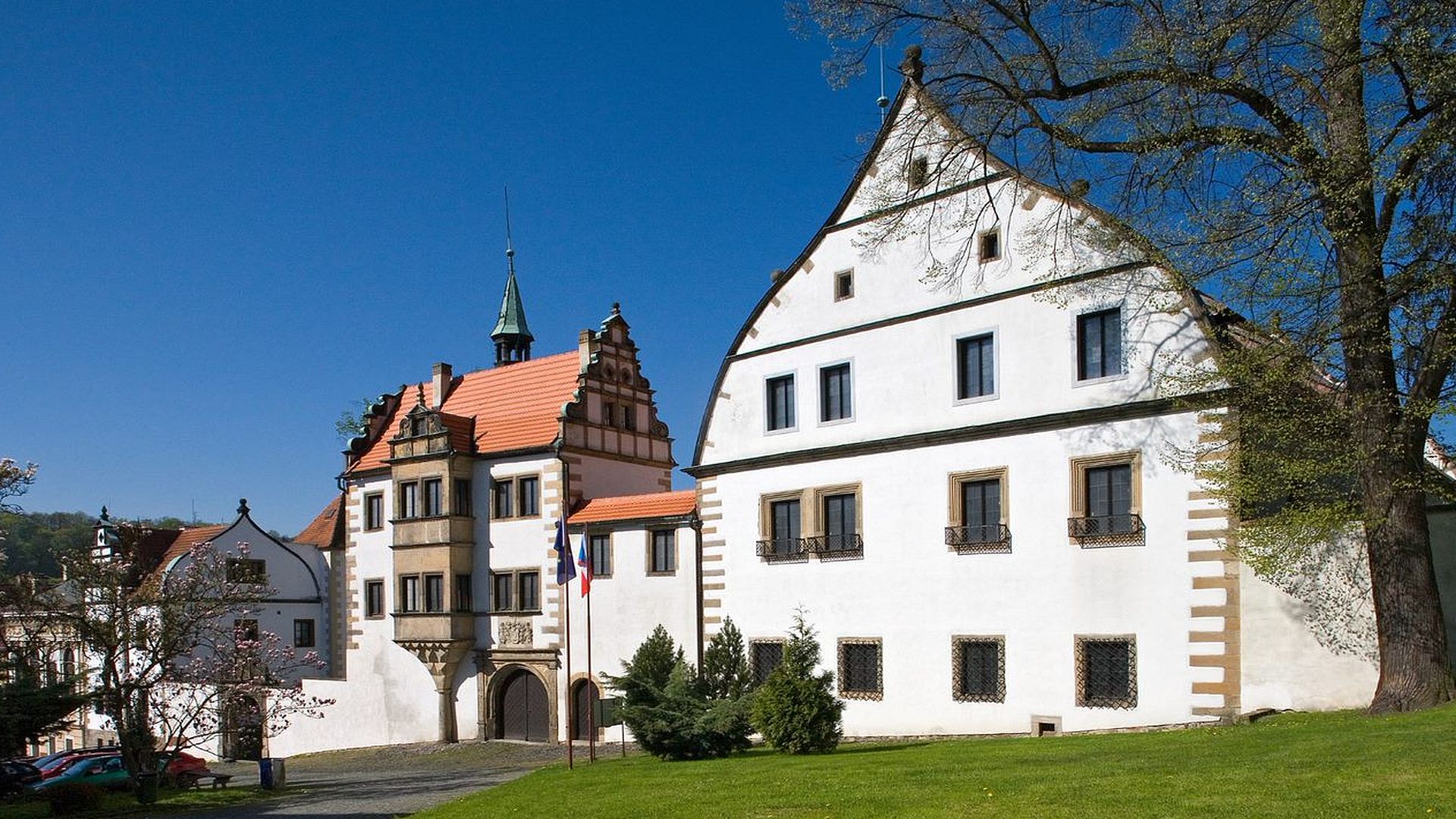 The town of Benesov nad Ploucnici, located in the Usti region, hosts a complex of 7 buildings, including two Renaissance chateaus.

Normally, you would be able to take 3 types of guided tours. One for the Lower Chateau in which you could see historically accurate interiors, including the kitchen, bedrooms, and the armory; second for the Upper Chateau, which features an art gallery that includes paintings and statues; and the third for Volf‘s Wing, which can offer a hunter‘s trophy room and an antique clocks exhibition. All of the buildings are unfortunately closed due to the ongoing pandemic situation.

For more information about the Usti Region, from which this chateau comes, click here and here.