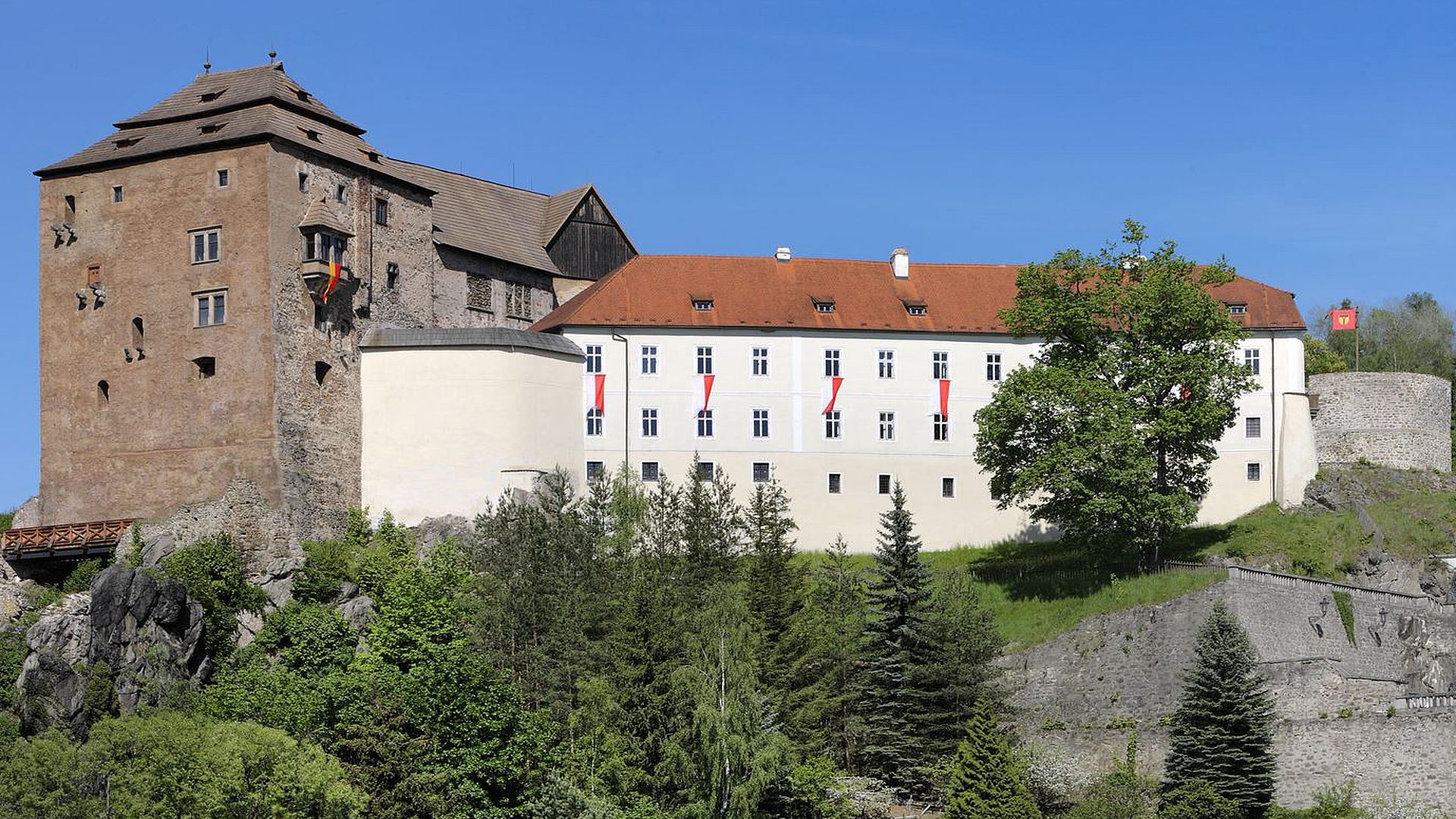 Becov nad Teplou is a small town located in the Karlovy Vary region, not far from the city of Karlovy Vary. As the name suggests, it lies on the right side of the River Tepla. The main attraction of Becov nad Teplou is the historic district, which contains a gothic castle, a renaissance palace, and a baroque chateau.

The first mention of the Becov nad Teplou castle comes from the first half of the 14th century. Further growth of the castle started in the middle of the 16th century when it got into the hands of the Pluh of Rabstejn dynasty. The oldest part of the castle was rebuilt in the Renaissance style, and to this day, these buildings carry the name Pluh Houses.

The baroque chateau was built at the beginning of the 18th century, and the most dominant part of it is the tower with an octagonal floor plan. After World War II, the castle was used as a school. After a major restoration in the last third of the 20th century, the castle was finally opened to the public in 1996.

Without a doubt, the most valuable treasure of the whole historic district is the St. Maurus Reliquary and the story surrounding its discovery in the 20th century during detective works. The reliquary was made in the first half of the 13th century. In the year 1888, it was moved to the Becov nad Teplou chateau. Heinrich Beaufort-Spontin, who owned the castle during the 19th century and the first half of the 20th century, was accused of collaborating with Nazis and was forced to leave Czechoslovakia. He hid the reliquary under the floor of the castle chapel and for the next 40 years, no one had the slightest idea about its existence.

In 1985, thanks to the interest of an American merchant, Danny Douglas, and the good work of Czechoslovak detectives, “an unspecified relic” of St. Maurus was found. After realizing its immense value, it was left to experts for restoration and finally brought back to the Becov nad Teplou chateau in 2002. Furthermore, the St. Maurus Reliquary turned out to be the Czech Republic’s second most valuable relic, right after the Bohemian Crown Jewels.

All in all, for a town that does not even have 1000 inhabitants, Becov nad Teplou has a lot to offer and is definitely worth a visit for everyone interested in its rich history.

For more information about the Karlovy Vary Region, from which this chateau comes, click here and here.