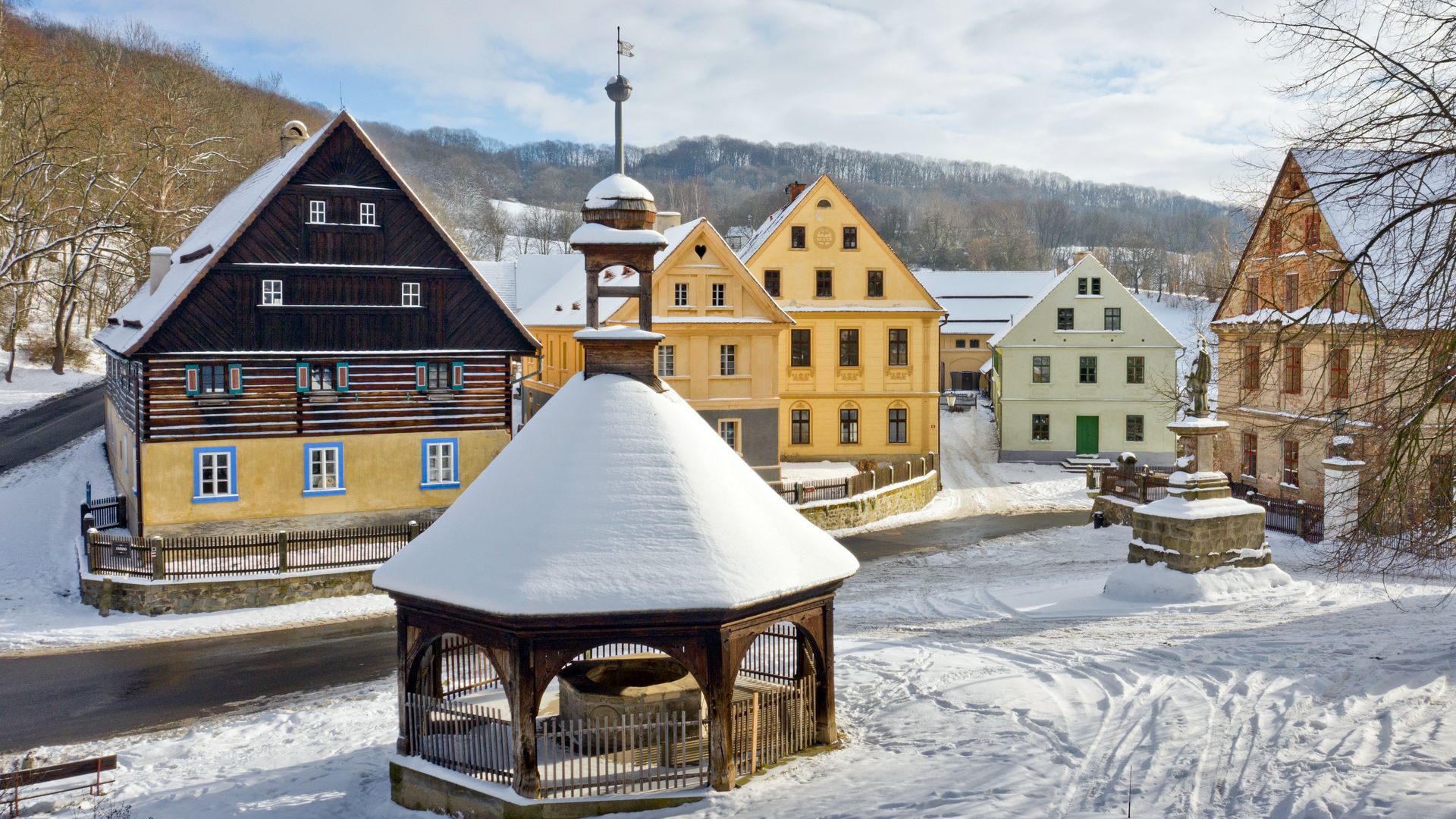 Zubrnice Open Air Museum is the only museum in northern Bohemia which shows the housing, culture, and connectivity of the original inhabitants with the landscape in the former Sudetenland and the transformation of the area after the war.

The museum is part of the village Zubrnice, wedged into a picturesque but dramatic modeled landscape of the Central Bohemian Uplands. An old floor plan, which is dominated by the originally Gothic church of St. Mary Magdalene has been preserved at the village. Magnificent, late classicist buildings are typical for the village – the consequence of effective economic exploitation of the local landscape. Thereby was the fruit cultivation and drying and the subsequent export of products along the river Elbe to Germany, and, perhaps most importantly, a lucrative hop trade. Since 1995, Zubrnice has been a conservation area.

The Open Air Museum was established as a rescue museum mainly for the Central Bohemian Uplands area, with the foundation of village buildings standing on the original places. At first glance, you will be attracted by the unique buildings. Once you are inside the museum, you can look into the hop house in the middle of the village, post-war school, or village shop from the 1930s. In Mill Valley, you may be interested by the small functional farm mill and by the authentic landscape that is being gradually transformed into its original form from the middle of the 19th century.

In addition to holding large events for the public, the museum is also preparing a number of educational programs and thematic tours. Exhibitions are also being held there, in the field of traditional folk culture and fine arts. In the high season, you can take a ride on the historical railcar from Usti nad Labem, operated by the Zubrnice Museum Railway Association, which also operates a small museum at the Zubrnice – Tyniste train station. The museum is attractive, especially taken in as a whole, using natural buildings, sensitively complemented by the transferred buildings, as well as the unique cultural landscape.