The city Pilsen was preparing for this special year for more than four years and the city build new theater, Cultural Factory (creative zone for artists) and others. At the weekend 16-18th January 2015 Pilsen officially “open up”. For this special event was prepared rich cultural program. On Friday started program with presentation of Ladislav Sutnar Faculty of Design and Art, vernissage at the Pilsen gallery and music and art program called Art’s Birthday.
On Saturday started the main program. There were commented city walks, arts exhibitions, author readings. At 4 pm began The City Opening Ceremony. From four main parts of Pilsen came out “The Streams”, which representing the best Pilsen has to offer and also symbolizing the four rivers flowing trough Pilsen. After all processions arrived to the city center, started another part of the ceremony – THE SYMPHONY OF BELLS. In this program could visitors and the city residents see biggest video-mapping ever performed in Czech republic, which presented history of city Pilsen and famous people, performance more than eighty domestic and foreign artists and listen to composition of Marco Ivanovič. For the first time could visitors also hear the sound of all three bells (two bells were destroyed during second world war). Than began lots of concerts and exhibitions all over the city.

For the rest of the year will be prepared lots of cultural events including new circus and concerts and others. More information is here.

In the July the music festival Rock for People Europe will be held in Pilsen. Many of czech and foreign interprets will attend this festival. More information is here. 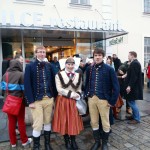 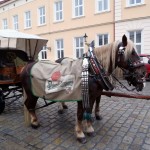 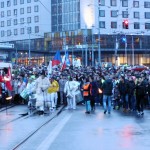