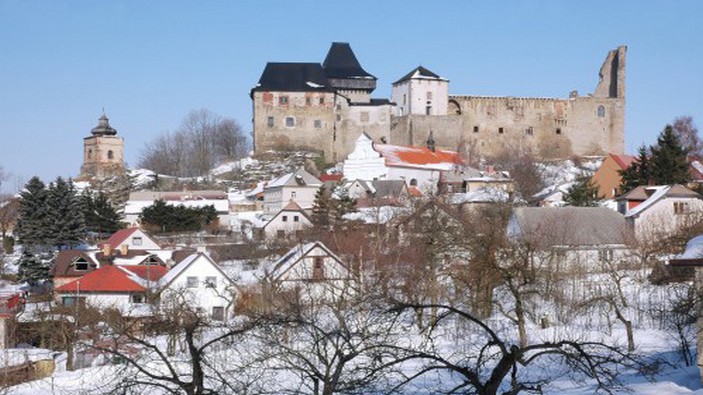 The Lipnice nad Sazavou Castle, founded in the early part of the 14th century, was one of the mightiest of the Czech castles. In the early 16th century, the castle underwent a Gothic reconstruction and later on, the structure was remodeled in a Renaissance style. The castle s chapel, which had been damaged during the raids of the Thirty-Years War, was rebuilt in the Baroque style. After a fire in 1869, the property was abandoned and later underwent a partial reconstruction dating to the early part of the 20th century. The castle s great tower offers views looking out over a distance of 70 km. In addition to a visit to the tower, the tour includes a visit to the armory, an exhibit of Gothic stove tiles, the Saint Laurence Chapel and a tour of the large cellars, which house an original medieval well.