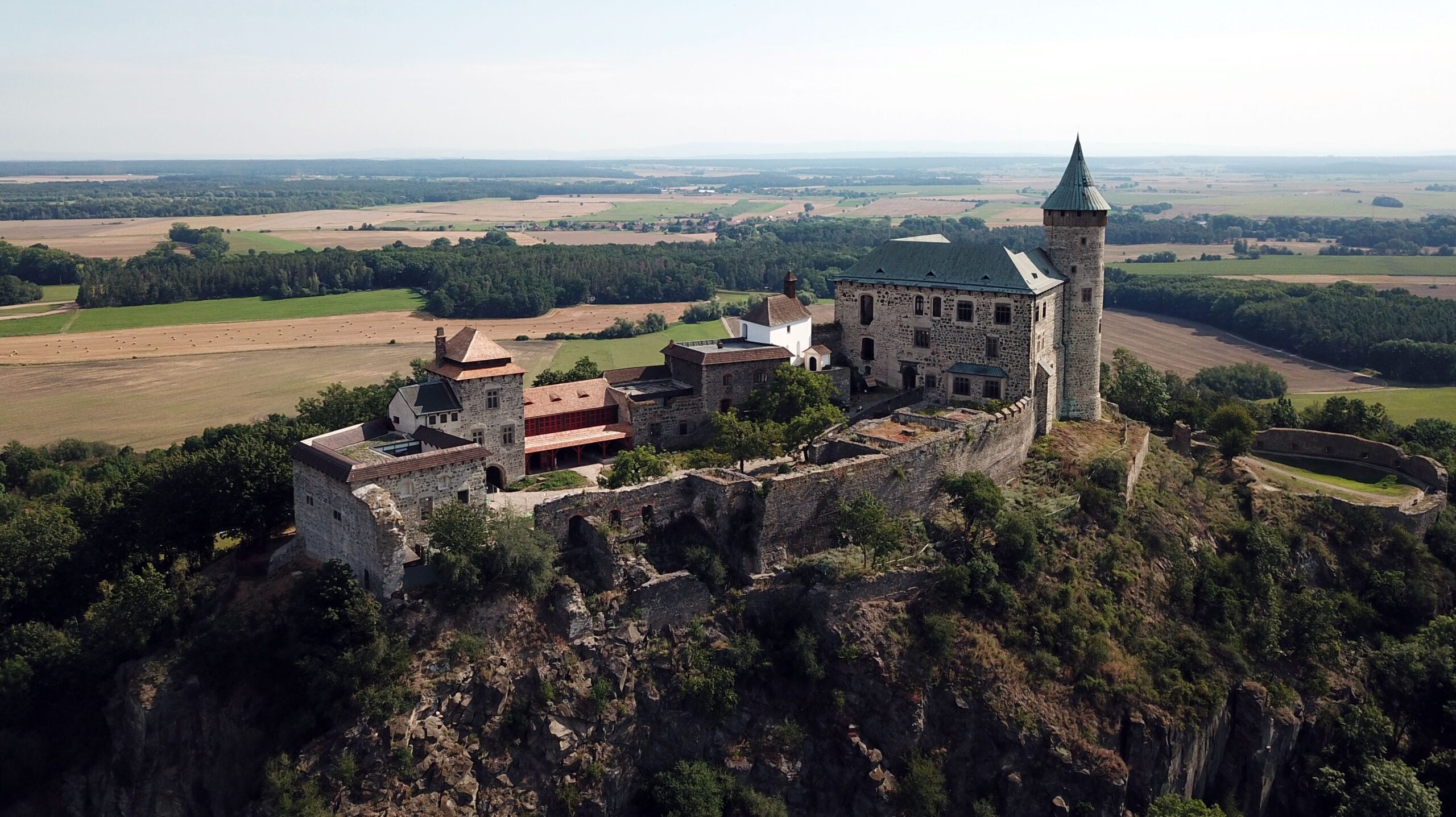 Kuneticka Hora, as both a hill and a castle, and have gone through many changes and events in its long history.  Starting in prehistoric times during the Bronze and Iron Age, the hill’s top structure was disturbed by stone mining which eventually made a perfect place for building a castle during the Middle Ages.

Kuneticka Hora Castle, based on archaeological research, was built during the 14th century. The castle may have been a royal property, but there is not any written evidence to identify the original owner.

Nevertheless, Kuneticka Hora Castle was a strategic point during the Hussite Wars in the 15th century. The Hussite commander, Divis Borek of Miletinka, a victorious leader in the Battle of Lipany, conquered Kuneticka Hora Castle as well. In 1423, he rebuilt the castle and added a broad fortified area for the troops, which was used as a winter camp. After he died in 1437, it started to decline under its many owners as well as the surrounding villages.

In 1491 the Kuneticka Hora Castle was handed over to William of Pernstejn. The castle then went underwent a massive rebuilding, under William and his sons, until 1548. They rebuilt the castle in the late Gothic and Renaissance styles. During these years, the St. Catherine chapel and the community halls, on the first and second floors, were built. The castle’s importance was acknowledged by the King Vladislaus II of Hungary, who visited Kuneticka Hora Castle to knight William’s sons.

During The Thirty Years’ War, the Kuneticka Hora Castle was again a strategic location. Unfortunately, in 1645 the castle was ransacked and burned by the Swedish army and then went into deterioration. The stone mining in the area, which continued until the early 20th century, contributed to the collapse of the western and southwestern parts of the castle.

During the 19th century, some attempts to save the castle ruins were unsuccessful. Then in the first half of the 20th century, Kuneticka building society started to rebuild the castle complex according to the plans of Dusan Jurkovic and Jan Pacl.

In 1953, Kuneticka druzstvo handed over the castle to the state, but because of insufficient maintenance, the place was closed down. After reconstruction and ongoing archaeological research, the castle finally was opened to the public in 1993.  Renovations still continue to this date. Despite the on going reconstruction, it is still a popular spot for tourists in the Pardubice region. There are many cultural events such as music festivals, open-air theatre, performances, and many  other activities throughout the whole year.

For more information about the Pardubice Region, from which this castle comes, click here and here.

This post was created by volunteers. You may help and support by clicking here.