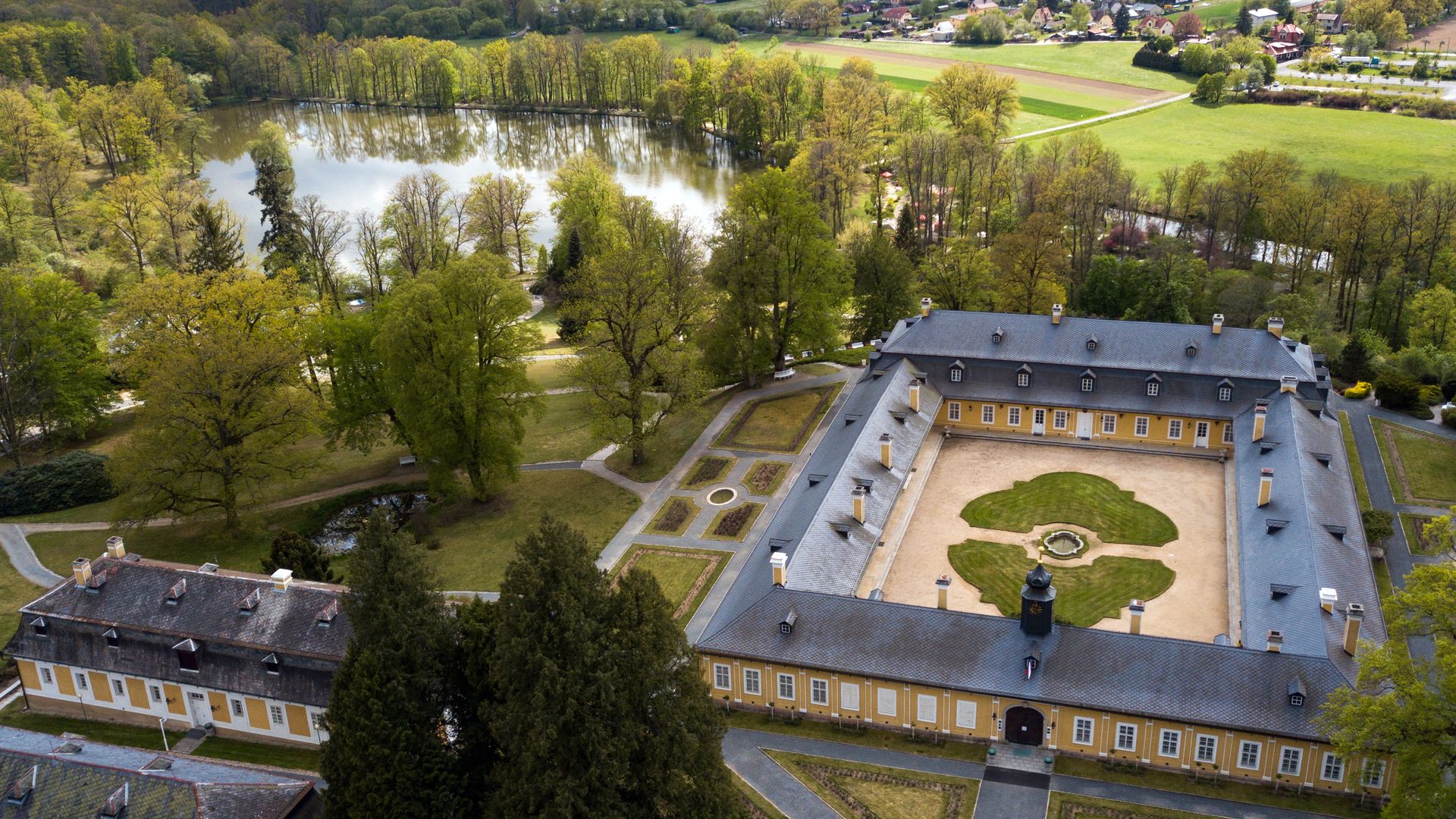 Kozel Chateau is a Czech hunting chateau in the Pilsen Region. It lies about 10 miles southeast of the City of Pilsen and one mile from the village of Stahlavy. It is owned by the state, administered by the National Monuments Institute (NPU) and open to the public. Since 1963, the chateau has been protected as a Cultural Monument and since January 1, 2002 as a National Cultural Monument of the Czech Republic.

The Chateau itself is rather small but it is surrounded by acres of parks, a great number of fancy gardens, and deep forests. The fact that it was always surrounded by deep forests, that were even deeper 200 years ago, made it clear to every nobleman, that it was a great place to start your hunting sessions. So the chateau was built as a summer and hunting lodge of count Jan Vojtech Czernin of Chudenice, who served as king’s chief hunter for the Kingdom of Bohemia at the court of Emperor Joseph II. The chateau was built in the classical style in 1784-1789 under the direction of architect Vaclav Haberditz.

In the  1790s, four other buildings were added to the complex: a riding school, a chapel, a stableman’s abode and stables built by the architect Ignac Palliardi. The creator of the sculptures is Ignac Platzer Jr. (1757–1826). His work is the altar in the chateau’s chapel and a sculpture of a trained deer on the terrace.

Count Jan Vojtech Czernin (d. 1816) was married twice during his life: the first time with Maria Josefa of the Thun-Hohenstein family, and the second time with Eleanora of  Hackelberg. However, neither of his wives gave him a male heir, so this branch of the Czernin family died out: „Vymřela po meči” (no male heir to spread the family genes). Before Czernin’s death, the count bequeathed his estates to his nephew Kristián Vincenc of Valdstejn. His family farmed at Kozel until 1945. Then the Chateau was nationalized and many members of the Kozel family moved to the US.

Today, the chateau serves as a recreational place for the citizens of the city of Pilsen. The greenery surrounding the chateau is perfect for a walk in the clear air. It can also be used as a place of admiration for the landscape architects. It is also a great place capable of holding your wedding celebration as well as graduation ceremonies. So pack up and pay a visit to the Kozel residence. You’re gonna love it!

For more information about the Pilsen Region, from which this chateau comes, click here and here.