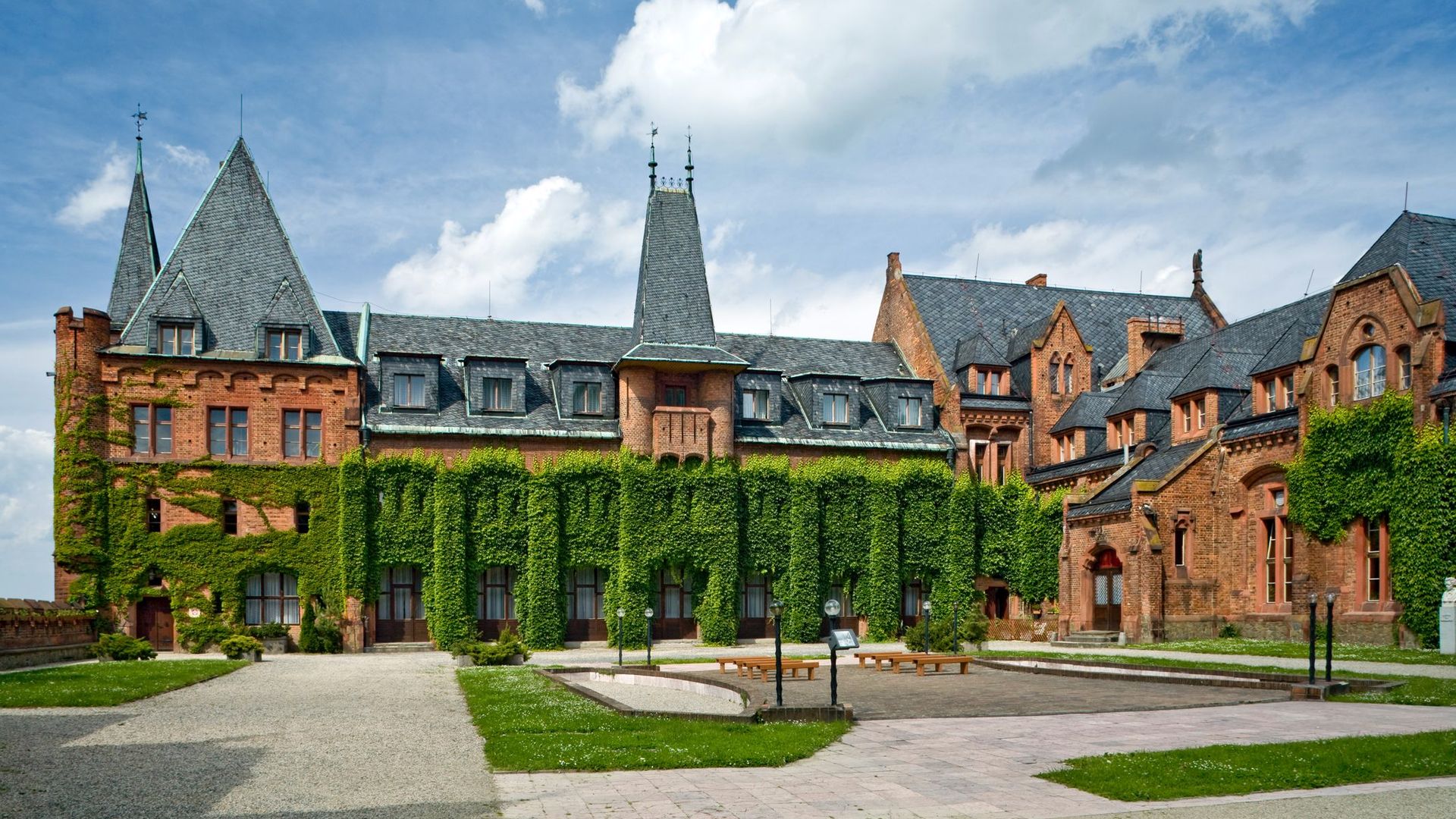 The history of Hradec nad Moravici Chaeau placed in the Moravian-Silesian Region is longer than it might seem. The place was heavily populated since about 2000 BC. The actual construction and development of the area begin with a Slavic fortified settlement. In its place – after the fire of the Premyslid princely castle – in the middle of the 13th century, King Premysl Otakar II. began the construction of a new large Gothic castle surrounded by an ingenious fortification system. In the 14th century, Hradec was the seat of the Opava Premyslids and the administrative center of the Opava principality.

In 1481 it was granted the status of a town, emblem and market law. From the beginning of the 16th century, it passed through the hands of several mortgage lords; the last of them was Kaspar Pruskovsky of Pruskova, who in 1585 acquired the local goods as hereditary property and began the reconstruction of the castle grounds into a Renaissance mansion with an ornamental garden and forest park. The new modern quality of housing has undoubtedly affected the standard of family and social life in Hradec.

In 1778, the Hradec estate passed to the Prussian prince family of the Lichnovskys from Vostice, who – after a fire in 1796 – adapted the whole chateau in empiric style. The extensive transformation of the main residential building was accompanied in the second half of the 19th century by the expansion of the complex with a neo-Gothic, so-called Red Castle, with stables, a carriage house, and a fortification wall. The surroundings of the chateau have also changed; the old fortification system was abolished, the slopes were levelled, and a natural-landscape park with an excellent dendrological level established. The last building of the complex, the pseudo-Gothic White Tower, was added near the garden tract.

Eight princes and Counts of the Lichnovskys took turns in the possession of the Hradec estate in six generations. Each of them was an individual of extraordinary education, interests, abilities, and selected contacts. All of this helped the social-representative position of the Hradec nad Moravici chateau as well as the spectrum and level of its collections. In May 1945, the estate was confiscated by the Czechoslovak state and the castle was soon opened to the public. Since 1978, the building has been overhauled and currently it is open to visitors.

For more information about the Moravian- Silesian Region, from which this chateau comes, click here and here.