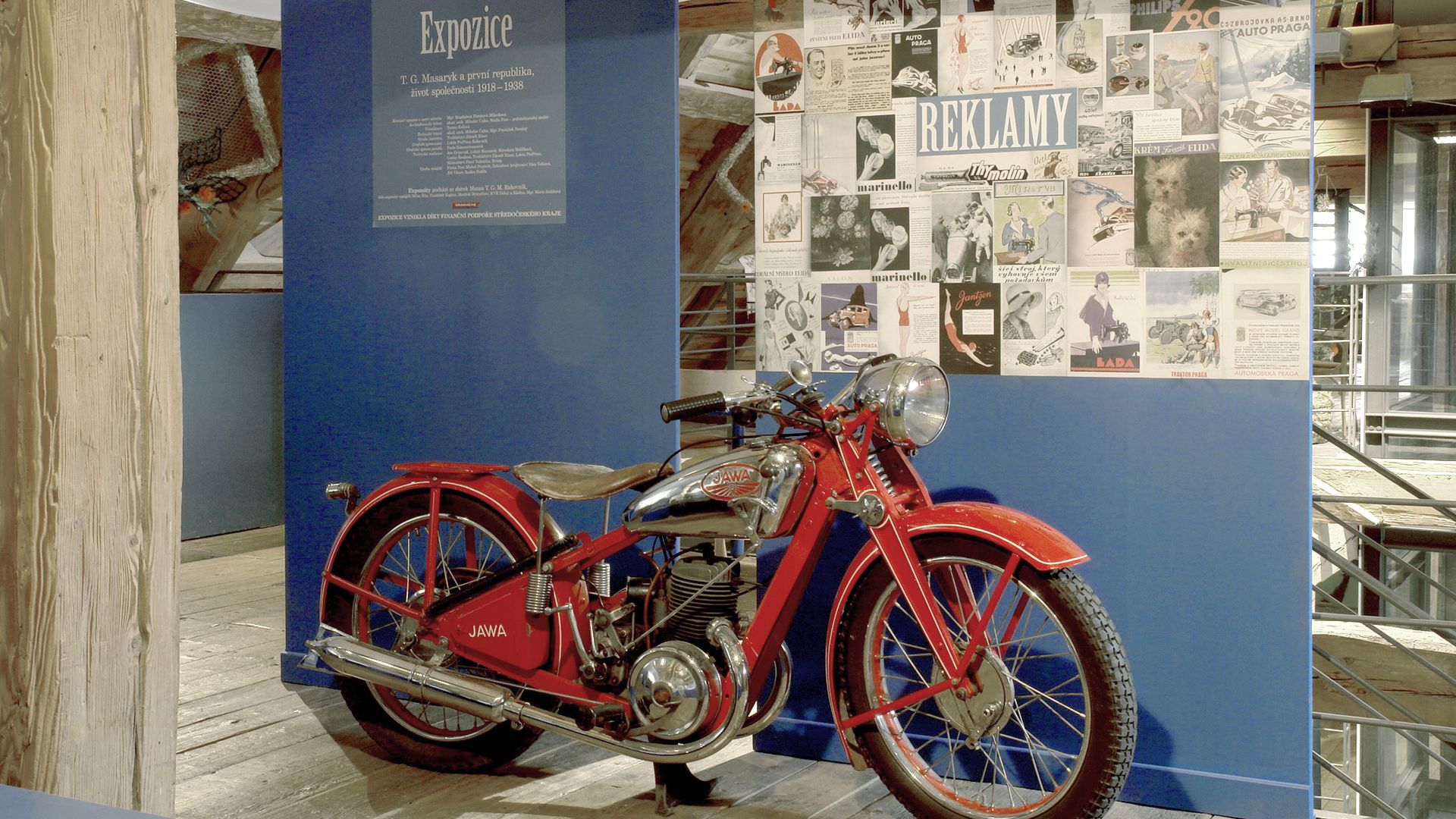 Since 1921 this place has been indelibly linked with the president’s personality and heritage. In early 1990, members of the Lany branch managed an exhibition dedicated to the memory Masaryk.The exhibition was created mostly from a variety of borrowed objects, documents and photographs, and it was a great success.

This succes encouraged participating creators to build in Lány a real museum of European importance. For this purpose was created a foundation for the establishment of the Museum of T. G. Masaryk in Lany. This foundation was supported by many well-known personalities of our political and cultural life.The District Museum Rakovník took over the administration of the future Masaryk Museum in Lany. The Museum of T. G. Masaryk in Lány was inaugurated on March 7, 2003.

The Museum presents Masaryk and historic events related to his biography.The exhibition is divided into several parts: “Masaryk’s Family,” ”the Professorial Period,” ”the First World War,” “the Presidential Period,” and “Life in the First Republic.” The latest part of the exhibition, called „the Post-Presidency,“ was inaugurated on October 28, 2018 on the occasion of the 100th anniversary of the founding of the Czechoslovak Republic.It presents what followed after Masaryk´s death and how different political regimes treated his legacy. This section showcases the most unique authentic objects touched by Masaryk.

The museum is equipped with a unique 3D digital presentation of exhibition objects. Thanks to this technology, visitors can see the sights from all sides. You can borrow audio guides free of charge at the museum, or you can download an audio guide to your mobile phone, which is in Czech, English and German.The museum is located in a unique historical building of th

e granary, which was built in the second half of the 18th century and is fully barrier-free.It is also possible to visit the Masaryk family tomb in the local cemetery or take a walk in the nearby castle park.