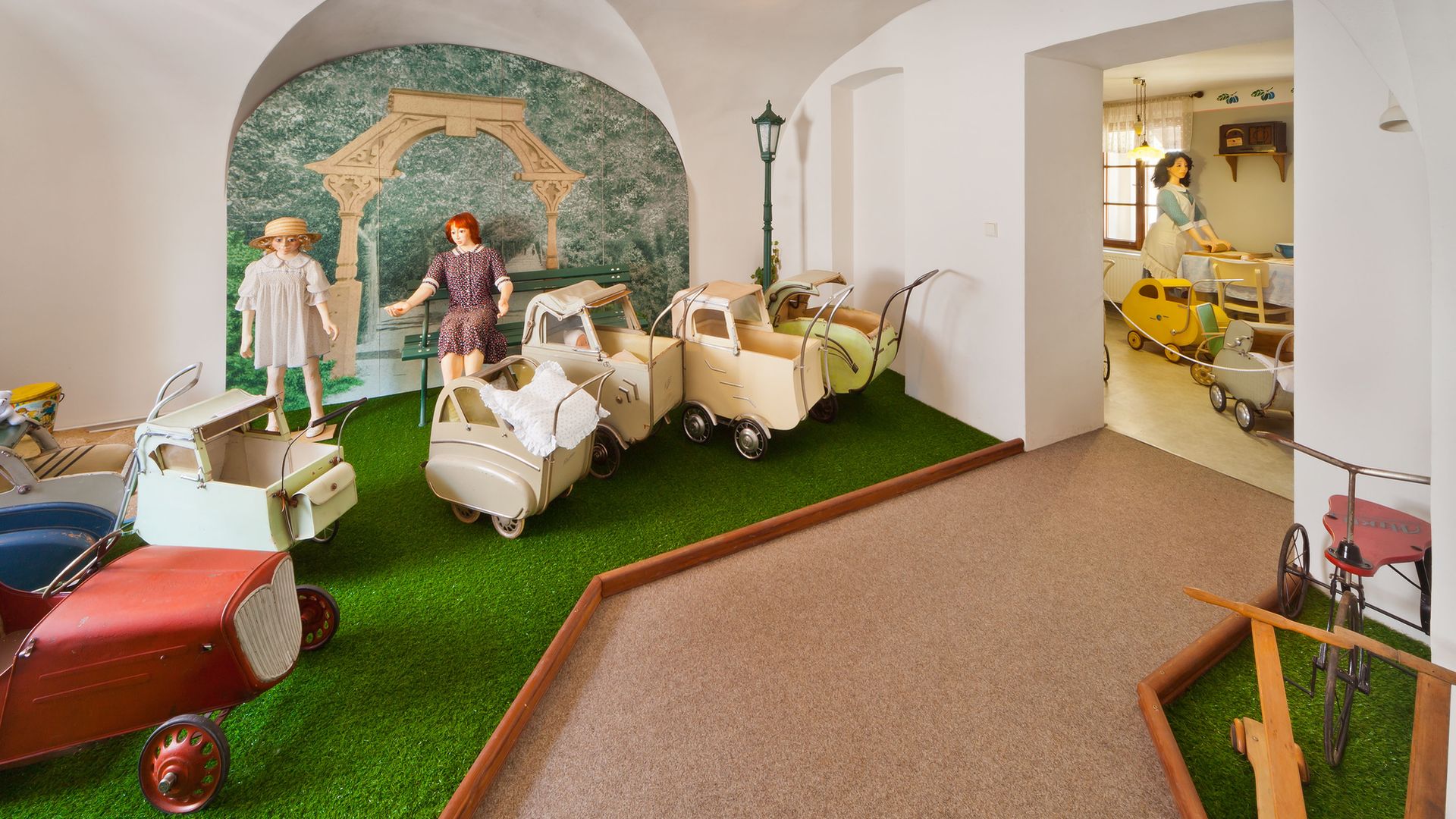 The Regional Museum Melnik is situated in historical No. 54 (former Capuchin cloister) at Square of Peace in Melnik. You can see here the unique permanent exhibition of historical baby carriages or exhibition of regional history and nature. There is also a long-term toy and teddy bear exhibition. Less of space is devoted to the czech viticulture. The museum also offers tasting of czech wines in the medieval cellars or in the museum café.

Wine growing had been connected with the municipality Melnik and its surroundings at least from the beginning of the 10th century. Exhibition of viticulture is divided into two parts and it shows only a fragment from rich history of this branch. There are mainly exhibits in remembrance of wine making craft in the first part of the exhibition. The second part of the wine growing exhibition is situated into atmosphere of historical cellars, which are located under the object of the museum and they originate from the second half of the 14th century. This part of the exhibition is dedicated to a cellar winemaking, because wine was really making and stored in this cellars.

The other five parts of permament exhibition offer to visitors also very interesting view: A view of a medieval town, Burgher and rural interior, Folk architecture, Common day of villagers, The nature of Melnik region.

Permanent exhibition of historical prams is accessible from the year 2003 and it is the unique one in Czech Republic. These exhibition is situated in single building, 50 m far from the main building of the museum. It presents the development of children pram from the beginning of serial production, that means from the second part of the nineteenth century till the end of sixties of the twentieth century. Exhibits, which are presented here to the public in period interiors and exteriors, form basic historical developmental row of children prams. Single periods, in which prams were changing according to the trendy influences and wishes of customers, are shown here in eight show-rooms in chronological order: Christmas 1890 – 1900, Colonnade 1900 – 1910, Picnic 1920 – 1930, Afternoon in park 1930 – 1940, Warinteriror 1940 – 1945, Entrance hall 1950 – 1960, Children’s room 1950 – 1960, Visit of health care 1960 – 1969.