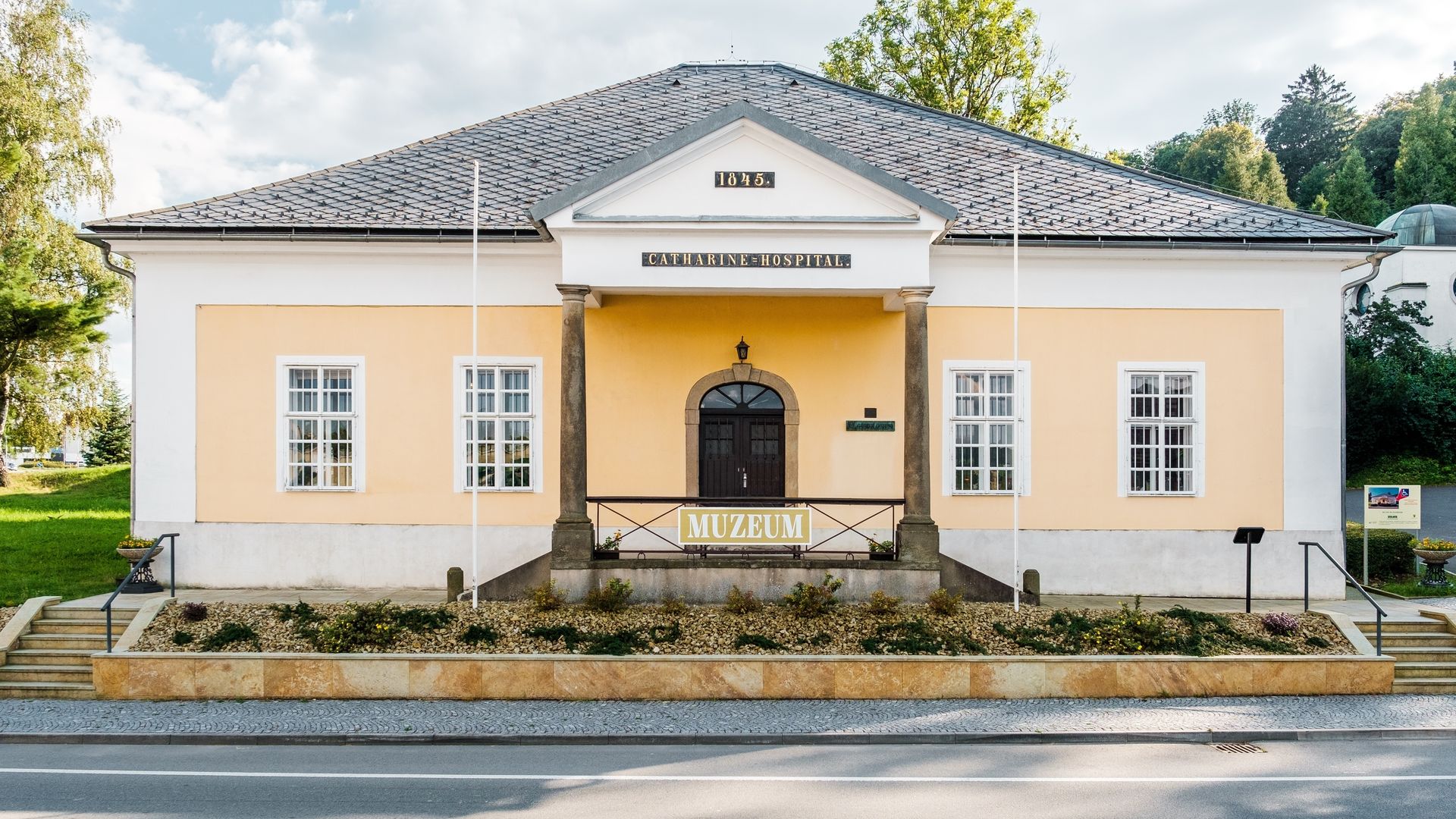 The Zamberk Municipal Museum was founded in 1911 out of a desire to preserve the monuments of the region for future generations. First, the collections were located in the town hall building, later in the castle. Since 1975, the city museum has been located in the Empire building of the so-called Catherine Hospital near the city center. The building was built by the owner of the estate, John Parish, in 1845 as a shelter for elderly employees of his estate. The visitor can see a selection of the most interesting collections in a permanent exhibition dedicated to the history of the town of Zamberk, folk and artistic crafts, important Zamberk natives and personalities, such as the pioneer of modern surgery Dr. Eduard Albert orlassical music composer Petr Eben. The eye-catching exhibits include a mechanical nativity scene, a puppet theater, a functional orchestra, carvings and sculptures by the Rous family, and paintings depicting the last owners of the estate from the Parish family. The unique Erxleben neo-Gothic pharmacy also deserves attention. The exhibition is complemented by period pharmacy accessories and also copies of the original porcelain stands with the emblem of the Erxleben family. At the museum box office, visitors can buy publications, tourist business cards and stamps, postcards, and other souvenirs. The city museum organizes regular thematic exhibitions and discussions with interesting personalities and thus makes a significant contribution to cultural events in the city. Near the museum there is a Jewish cemetery with the oldest dated tombstone from 1731 and a ceremonial room, than houses an exhibition on the history of the Jewish community in Zamberk. As part of the Zamberk Municipal Museum, the nearby Prokop Diviš house with a model of Diviš ‘s lightning rod and an exhibition dedicated to the famous Zamberk native – a Catholic priest, naturalist, and inventor of the lightning rod – is also open to the public. During his research, Diviš was in contact with other scholars of his time. He corresponded with the Swiss mathematician Leonard Euler and knew the experiments of Benjamin Franklin. Prokop Diviš’s house is also valuable in terms of the development of folk architecture. It represents a typical three-part timbered house of the chambe -barn type with a two-wing arrangement of the room and the room.

museum and gallery of hlinsko