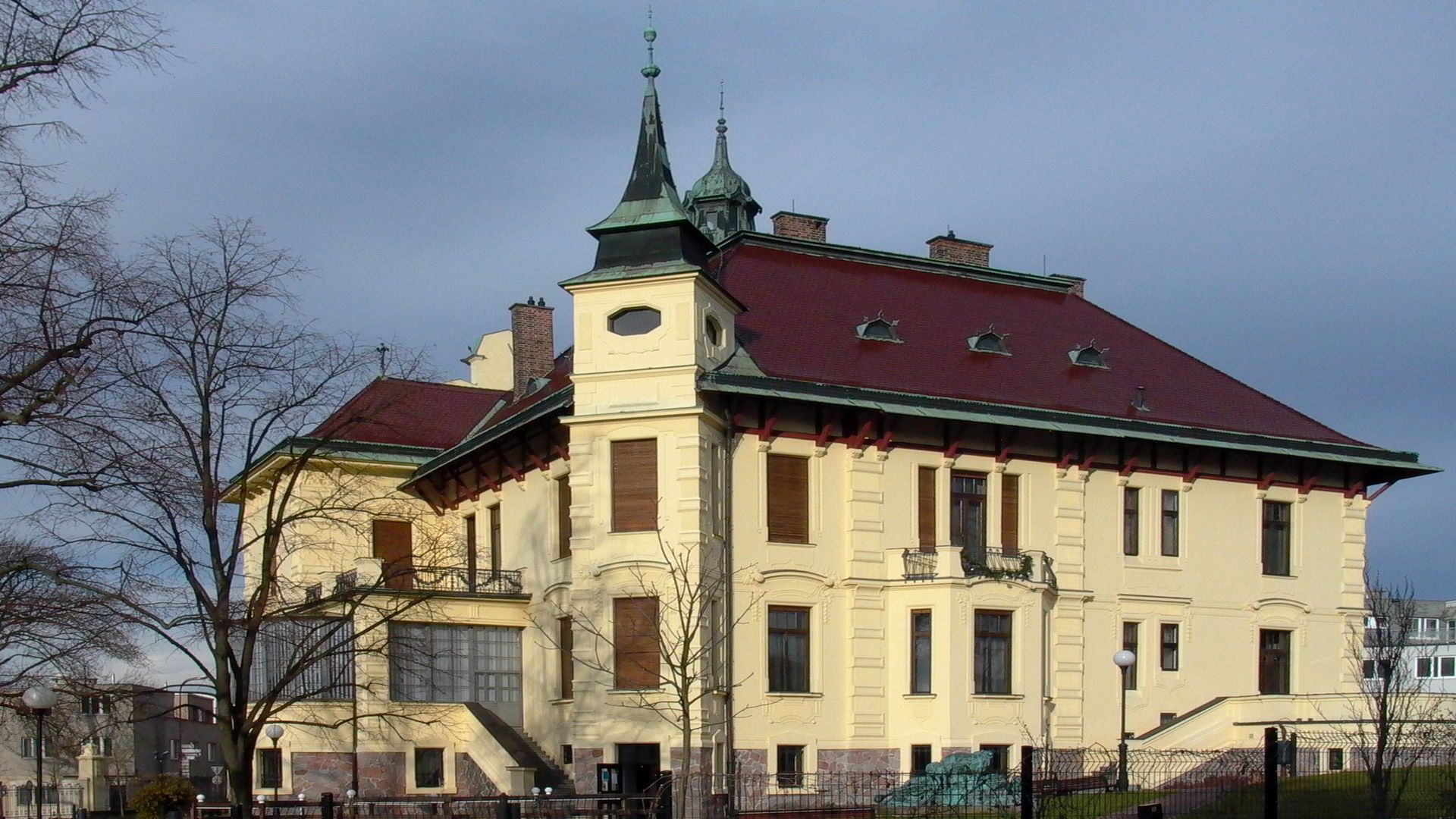 From the permanent exhibitions, we must mention in the first place the Eagle-Usti nad Labem painted nativity scenes, representing a tradition from the end of the 18th century to the present. After all, The exhibition is complemented by a unique mechanical painted nativity scene from 2017. You will also find a unique interior astronomical clock by František Planička, an Art Nouveau dining room with an imitation of a fireplace and Art Nouveau harmony, and Mařatka’s plaster model Drumming Legionnaire. If you want to enjoy something unusual in the museum, we have a craft textile workshop with a spinning wheel, three looms, and a number of small items at your disposal. You can try using them for spinning, weaving, and manual twisting of strings.

The beginnings of museum activity in Usti nad Orlici probably date back to 1883, when František Egerle (1846 to 1933), a sugar factory and inspector of technical financial control, opened his own collection of weapons and other antiques in the tower of his house No. 376 (now the town library). Those interested could see this collection until 1891. In 1906, František Egerle confirmed the possibility of donating his own collection items for a possible newly established city museum. It was not until April 12, 1908 that the Usti nad Labem City Council appointed a museum department, and one room on the second floor of the Civic Savings Bank at No. 87 in the square was set aside for the expanding museum collections. In 1912, Václav Zdeněk Hackenschmied (1867 to 1945), a boys’ school teacher and regional historian became the administrator of the collection. On April 7, 1913, the couple Dr. František and Anna Barcal honored the memory of their prematurely deceased son, Dr. Klement Barcal, by donating his house, No. 1 on Velké Hamry (today Barcalova Street below the square) in the town of Usti nad Orlici for the purpose of establishing a town museum.

MUSEUM FROM THE FOUNDING OF CZECHOSLOVAKIA UNTIL 1945

After the First World War, specifically on October 20, 1919, the collections were moved to the above-mentioned house on Barcalova Street, popularly called the Clementinum. However, the museum’s own activities did not develop much due to the lack of interest of the city management and the general public. On April 5, 1922, a seven-member museum commission was established to manage the already existing collections, and on June 4 of the same year, the museum was ceremoniously opened. The enthusiasm of the city’s inhabitants at that time provoked further donations of antiques. František Egerle himself donated not only his entire rare collection of weapons, but also the memoirs of the draper’s guild and his own research and literary work. The museum occasionally opened on Pentecost and Easter, as well as on May 1 and October 28. In the 1920s, the collections grew many times over and the museum moved to a larger premises. The building of the old town hall, which underwent a building reconstruction, was suitable for this purpose. The ceremonial opening of the museum in the town hall took place on May 15, 1932. In this “golden” time of the Orlickoustecky museum, other exhibition rooms, a lecture hall, and a town picture gallery were made accessible. The existence of the Usti nad Labem Museum was negatively affected by the German occupation and the proclamation of the Protectorate of Bohemia and Moravia, and German authorities took some weapons and all legionnaires’ items from Pardubice to the museum in 1939. Sadly, some objects were broken during unprofessional handling, including the plaster model of Mařatek’s Drumming Legionnaire, and the remaining collections moved to the town gallery, to the town hall, and to Barcal’s house. the town hall area after the supply office settled here in 1942.

We have only brief information about museum activities in the post-war years. Although the local history commission began to operate in 1945, already in 1952 the museum handed over all written material and the museum library to the district archive. Better times began to emerge in the late 1950s. In 1959, the museum circle negotiated the restoration of the museum. It opened to the public on May 1 of the same year in the adapted Egerl House No. 376, called Pindulka.

The years 1964 to 1966 meant the liquidation of the Usti nad Labem Museum in full. Unlike the citizens, the city officials did not seem interested in the collections, which were divided into museums in Vysoke Myto and Pardubice, or were left to their fate on the grounds of the Enlightenment House. Many of them were offered to antiques, but also physically disposed of. The rest were deposited in a lockable “depository” in the town hall. In 1971, the Department of Recent History of the District Museum in Vysoke Myto, the so-called Monument of Revolutionary Traditions, opened in Hernych’s villa. and three-dimensional material related to the history of the city of Usti nad Orlici.

The new stage of the city museum dates back to April 1, 1990. At that time, it was housed in Brožek’s villa on Československé armády Street. Unfortunately, after two years, the building showed static faults and the exhibition activity was moved for another 15 years to several rented premises: the Rieter-Elitex hall (1996 to 1997), building no. 7 on Mírové náměstí (1994 to 1996, 1998 to 2003), and partly to Hernych’s villa (2003 to 2005). Since April 24, 2008, the museum has been operating in the reconstructed Art Nouveau building of Hernych’s Villa on 17 November Street. In the adjacent garden with fountains there are statues of authors with roots in Usti nad Orlici (Dead Abel by Tomáš Quid Kocián and Ticha Orlice by Peter Mandl). The tower of the villa, which forms one of the dominant features of the Ústí nad Labem skyline, serves as a lookout of the surroundings.

WHAT DO WE STORE AND IMPLEMENT?

The collection of the city museum has 43,000 registration numbers, the most numerous of which are documents, photographs, and nativity scenes. Thematically important is also the music collection, containing documents such as Jaroslav Kocian and Bohuš Heran. We must also mention the collections of textiles and crafts closely connected with the former livelihood of the inhabitants of the local region. Other collections (books, ethnography, fine arts, and local monuments) complement the picture of the history and culture of the city and its surroundings. Every year, satisfied visitors attend approximately ten exhibitions and more than thirty events, the largest of which include Museum Night, Machine Usti Saturday, and the Pilgrimage to the Garden of Hernych’s Villa.

museum and gallery of hlinsko