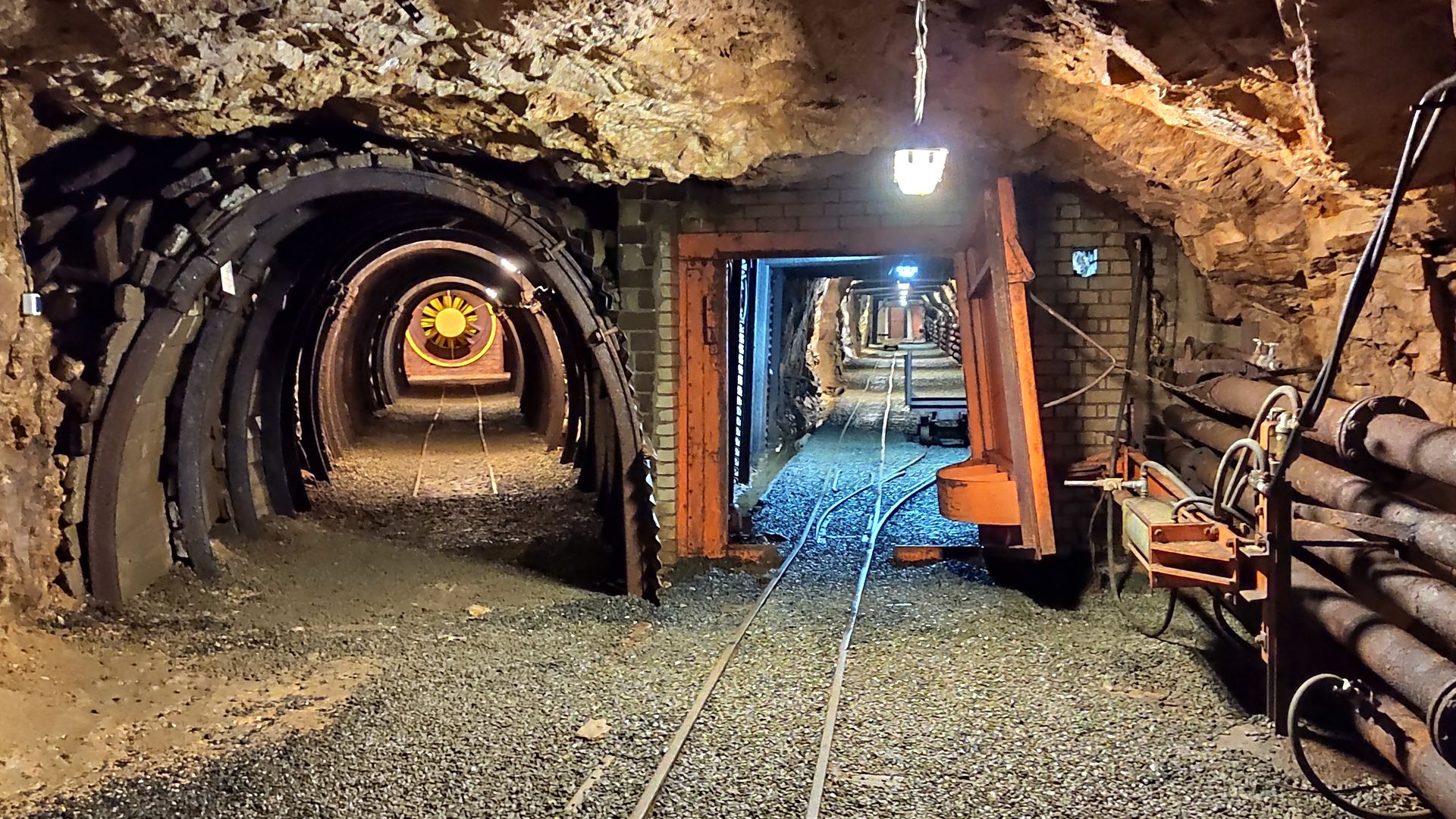 The Mining museum in Harrachov vein-type deposit has been known since the middle of the 18th century. The main venous filling consists of fluorite, barite, galena, and quartz. In addition, another 38 minerals are deposited here.

Exploration work began here in 1947, and in 1957 the deposit was handed over for mining. Raw materials obtained after the treatment of the local ore were used mainly in the chemical and metallurgical industries. The deposit was excavated by a blind pit and seven floors of approximately 165 feet, which means that the deepest floor is 1,150 feet below the level of the gallery floor – now today’s viewing gallery. During the mining period, almost 13 miles of corridors and 5,391 chimneys were excavated here. Mining here was terminated as unprofitable on September 30, 1992.

The Mining Museum and the viewing gallery were opened in March 2003 on the level of the former gallery floor. The museum has examples of minerals from fluorite deposits, tools and aids used in mining, maps, and photographs documenting work on the local deposit.

The viewing gallery is about 3280 feet long. The route leading through the typical environment of the ore mine is covered with gravel and is lit. The average annual temperature is 7 ° C / 45°F. (We recommend warmer clothes for visitors.) At the entrance to the gallery, visitors are equipped with a protective helmet and, in addition to the complete mining machine, they will see mining wagons, a battery locomotive, a mining loader, etc.

The guided tour lasts about 45 minutes, and during it, visitors will learn about the work that was previously done in the now-defunct ore mines.

For more information about the Liberec region, from which this museum comes, click here and here.