On Friday the 2nd and Saturday the 3th of August 2013, there was a festival of Drum and bass and Dubstep music in a former military area in the town of Benešov, which is situated about 30 miles from Prague. This place allowed to create camps and parking places right next to festival. This kind of music is still more and more popular between young people in Czech republic. Festival Let it Roll is one of the biggest festivals in Europe, which is dedicated to Drum and Bass and Dubstep music. This year celebrated this festival 10th anniversary and the organizers prepared six stages (five under roof and one open air), where performed 110 performers. This year were the most popular interprets Netsky, Noisia, Andy C, Feed Me, Black Sun Empire, Calyx & Teebee and others. The program from main stage and the Virus and Blackout stage were also streamed over the internet for all people, who likes this kind of music and didn’t have option to came personally. Theme of this year was Robots. Despite of tropical weather visited LiR about 15 000 people a day thereof 1 500 foreigners from whole Europe. On Saturday were prepared several accompanying activities for the visitors of festival. There was organized the tournament in table soccer, dance competition DNB step battle, DJ Workshop, Graffiti competition and also there was opportunity to borrow some sport equipment for free. More information about the festival you can find here 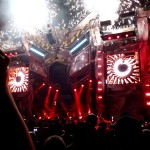 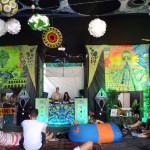 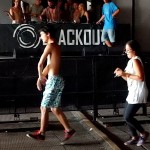 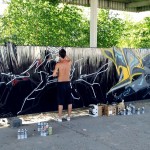 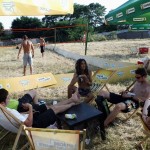