This meal takes us way back in history. Originally, the name “Hanacka” leads us to “Hana,” which is a significant agricultural territory in the eastern Moravian region of the Czech Republic, well-known for great land fertility and many folk customs. Local inhabitants created a basic soup ingredient, cheese, and are very proud of it because the Czech and Moravian culture has never been known in the cheese industry. This one and only original cheese made in the Czech nation, called Olomouc cheese, is ripened farmer’s cheese made from skimmed milk produced in Lostice, Moravia, named after the city of Olomouc. It has a strong odor, pungent taste, and yellowish color, and it contains only 0.6% fat. The cheese was first mentioned in the 15th century. It was eaten by Emperor Rudolf II and was well-known during the Thirty Year’s War. Originally, it was farmer food made in several villages around Olomouc. In 1876, Josef Wessels and his son Alois founded The A.W. Company to make this cheese. The company still makes the Olomouc cheese in Lostice where there is a cheese museum. This unique Czech cheese cannot be found in the U.S., but is very similar to Limburger cheese, which can be used in its place in recipes.

For more information about the Olomouc region, from which this recipe comes, click here.

In a large soup pot add the water and milk together add salt and a pinch of ground caraway seeds and bring to boil. Cut the Olomouc cheese or Limburger cheese into small square pieces. When the water and milk are boiling add the cheese and mix well. Add the butter and stir until everything is melted together. Cook it for 10 minutes. Stir the soup regularly to make sure that it does not burn. Crumble the farmer’s cheese into hot soup let it melt a little bit then serve it over the potatoes that have been peeled and quartered and are in soup bowls. Garnish the meal with freshly chopped parsley leaves. Sourdough rye bread or croutons can be served with this soup.
Bon Appetit. 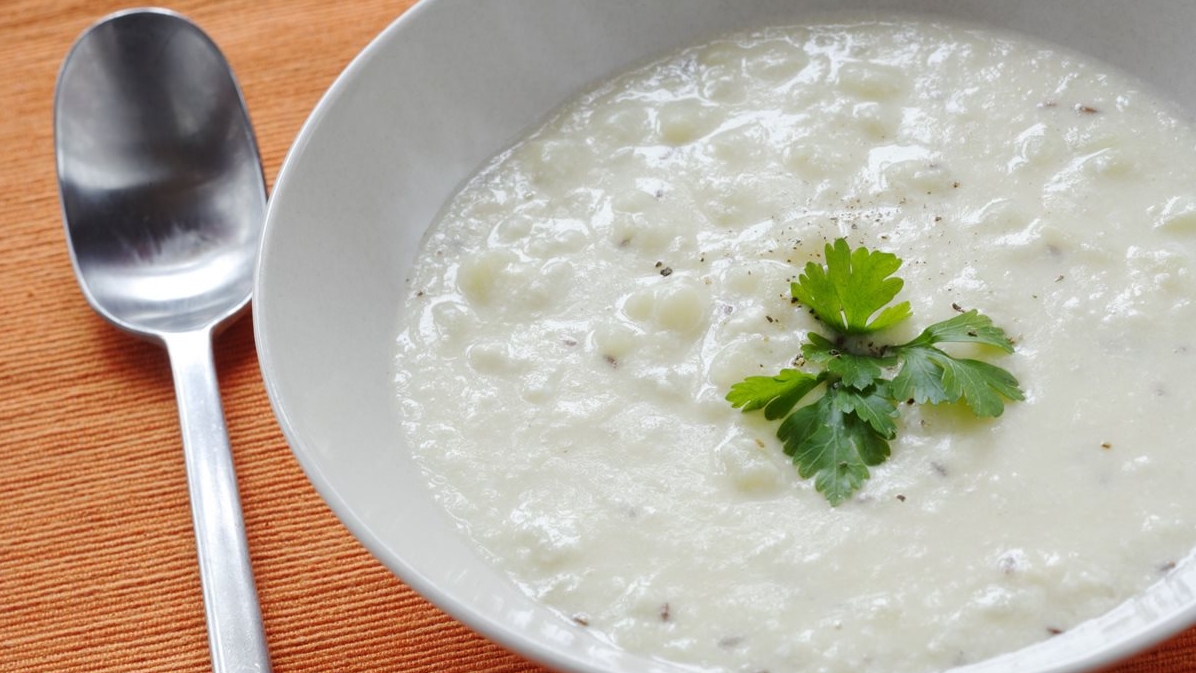