Vranov Nad Dyji is a national chateau located in the valley of the Dyje River (Thaya River) in the South Moravian Region. The palace is the dominant feature of the landscape because it was built on a tall rock during the 17th and 18th centuries.

This baroque chateau was originally built as a part of a defense system keeping the country safe from its south border. First written evidence comes from the Cosmas’s Chronicle which was written around the year 1100. At first, the building belonged to kingdom, but in the 15th century it was bought by the Lichtenburg genus. This genus was at its times very rich and powerful. But then the ownership was changing during short time intervals. After the World War II it became the state’s property.

The Thirty Years’ War (1618 – 1648) was quite critical for the palace. It was beleaguered by the Swedes who destroyed it very much and the destruction was consummated in 1665 by huge fire. But it was the first step of the building’s reconstruction to a baroque chateau. From the previous history, only mural wall and three towers were preserved. Afer the reconstruction was completed the palace’s surroundings was modified to a chateau park containing many small buildings.

The Hall of Ancestors is probably the most precious part of the whole palace. It is really large and it contains statues of the genus Althann’s ancestors and a fresco by Johann Michael Rottmayer. People can also visit the Holy Trinity Chateau Chapel which was built in baroque style during the 17th and 18th centuries.

Nowadays, there are four tour routes and so the visitors can deeply admire the chateau’s beauty. The palace also holds several art axhibitions during a year and in the course of summer there is the event called The Vranov Cultural Summer which entertains the visitors by many concerts and theatricals. 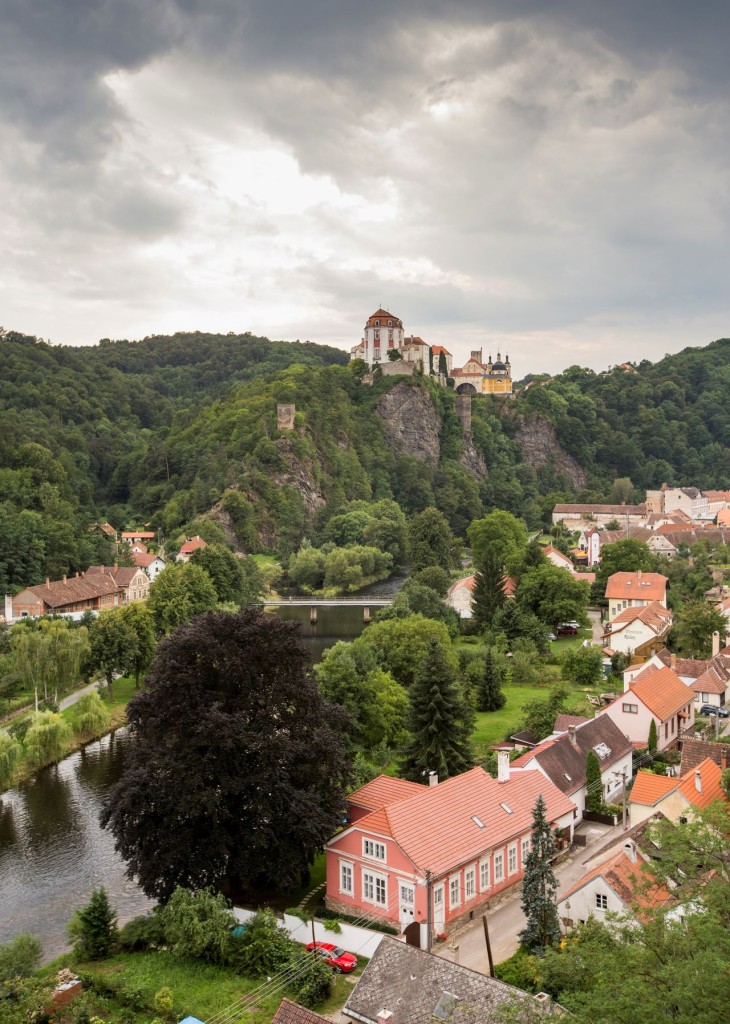