The national Trosky Castle is a ruin of a castle from the 14th century. It is situated on a rock formation with the same name in the Liberec Region. This popular Czech monument is nicknamed ‘The Gate to Hell’ thanks to its bizarre shape resembling devil’s horns. Also, it is the main symbol on the PLA Czech Paradise.

The rock formation which the castle was built on has very interesting and unique shape of volcanic origin. During the tertiary period, two lava throats boiled over on earth and the following eruption formed the present shape of the rock which is now a world rarity.

History of the castle is dated back in the 14th century when its construction began. An owner of a local domain, Cenek of Vartenberk, founded the castle sometime between 1380 and 1390 and he chose this location because of the basaltic rocks’ natural defensive feature. The castle was built right between the two peaks and on top of them were built two defensive towers. On the lower and much burlied peak (154 feet) called The Baba was a two-floor hexagonal building and on the other tower called The Panna (187 feet), which is taller and thinner, was a rectangular palace which had three floors and supposedly even a chapel. It is said, that there are also large vaults and caves with small lakes right under the castle. The castle was conquered in 1469 by the royal army. It is not known how the castle exactly looked like because every credible picture of it burnt down. However, there used to be exactly one last trustworthy image but that was stolen by the Swedes during The Thirty Year’s War.

Nowadays, people can visit the ruin and they can ascend the stairs to a new-built outlook right under the Panna Tower or they can admire the beautiful surroundings from the Baba Tower. 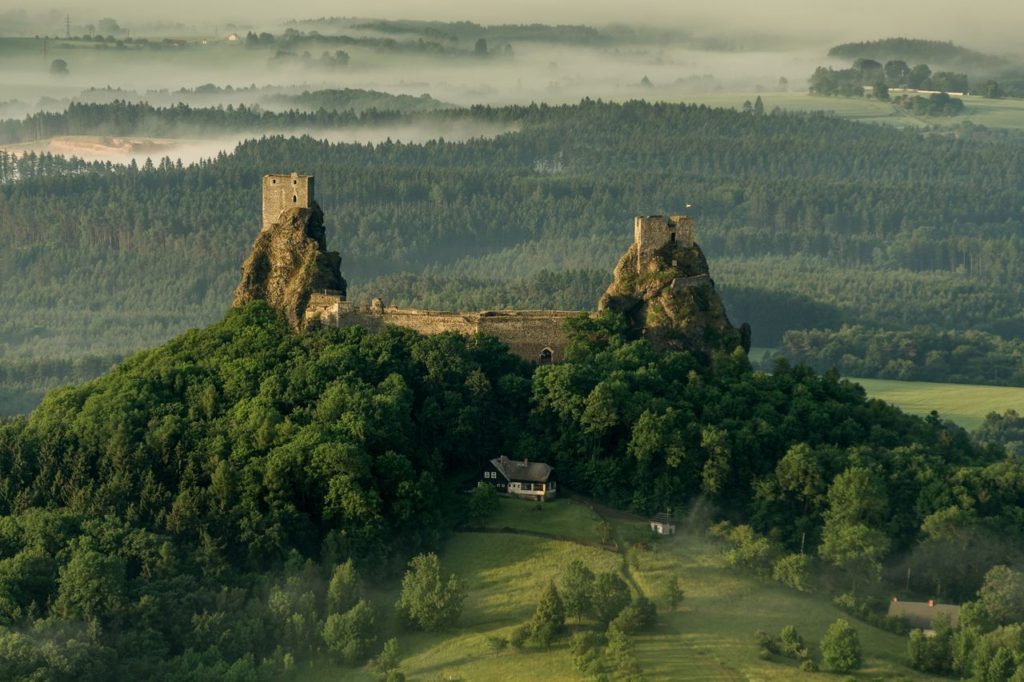