Slavic fortress Hurka is located near the town of Stary Plzenec. It was an Early-Romanesque Premyslid Castle. At the time of the Premyslids the fortified settlement was the administrative centre of Western Bohemia. From the original fortified settlement there is only the Pre-Romanesque St. Peter and Paul’s Rotunda left, dated back to the 10th century. It is believed, according to some sources, to be the oldest preserved church monument on the territory of the Czech Republic. The Rotunda originated in the Slavic settlement above the Uslava River apparently in the second half of the 10th century and stands in the places where the Prince’s Castle was. Around it was built a plateau, aligning the rock bedrock. In 1978 the Hurka Fortress was declared a National Cultural Monument. The first mention of the fortified settlement dates back to 976. On the Hurka Hill, there can be seen the remnants of the fortifications, and foundations of the two churches. These were the Church of St. Lawrence, from the 2nd half of the 12th century, the groundings of which can still be seen there and the St. Cross Church. The fortress lost its significance in the 13th century when the City of Pilsen was established. It is situated on the left bank of the Uslava River. The best accessible is the north eastern side. The remnant of the wall had a front stone slate and a grate structure and is now about 32feet high. The Hurka Hill lies 9 km far from the City of Pilsen and is easily accessible as it is situated on an educational trail which starts in Stary Plzenec Town. In the background can be seen the Radyne Castle. The Royal Castle which was built in the 14th century under the rule of the King of Bohemia and the Emperor of the Roman Empire, Charles IV. 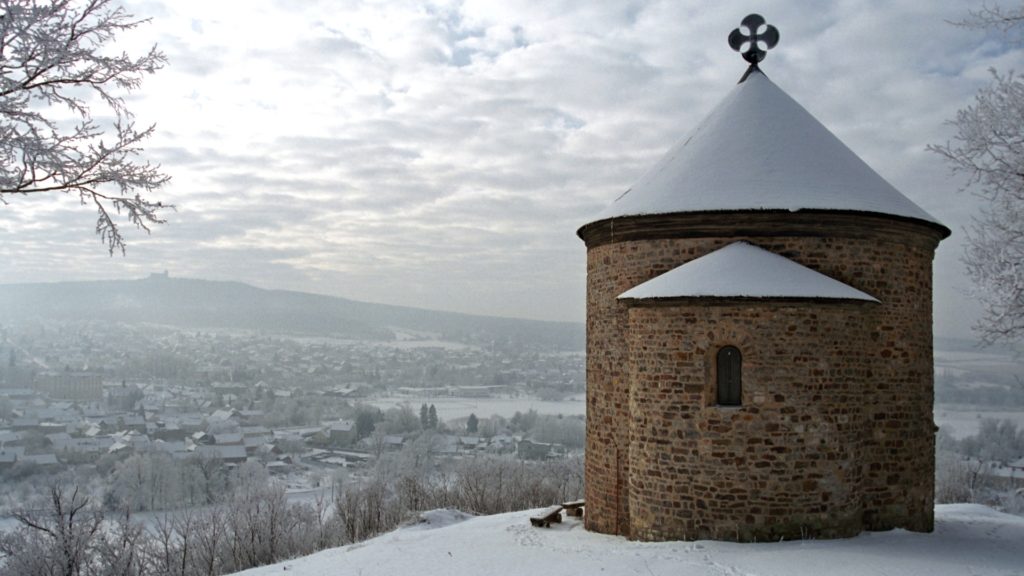