Svojanov Castle or “Villa of Czech Queens” invites you to visit…

In the middle of deep forests above the romantic valley of the Kretinka River stands the picturesque Svojanov Castle, one of the oldest royal castles, founded around 1224. Thanks to its rich history, it is the only castle in our country whose architecture blends Gothic and Empire, i.e., the Middle Ages with the 19th century.

During the reign of King Premysl Otakar II, he fulfilled the role of a guard fortress, providing protection over the provincial trade route connecting Brno with Litomysl and over the historical border between Bohemia and Moravia. King Charles IV. He even included Svojanov Castle among the 11 most important Czech castles in the Majestas Carolina Code. However, soon after, with the change of owners, the importance of the castle began to decline.

In 1569 it was damaged by fire and was further used more as an economic center of the estate. After another fire in 1842, Mr. and Mrs. Kriesten had the castle partially rebuilt in the Empire style. The last private owner, Antonin Frantisek Haasche, decorated the interiors with Empire paintings.

In 1910 the castle was purchased by the town of Policka, in whose possession it is still today. The extensive reconstruction completed in 2013 represents the appearance of the castle from the middle of the 19th century, i.e., from the time of the last building modifications.

Circuit A will take you to the interior spaces of the Empire Palace, where all the chambers are furnished with stylish inventory.

Within The B circuit you will visit mysterious Gothic cellars, get acquainted with the law of torture and finally you will see the unique house of armor bearers.

Circuit C will introduce you to the outdoor area of the castle, which itself is very diverse. You will enter the castle through an Empire building, originally an early Baroque building, built around 1960. Above the entrance building rises the masonry of the Renaissance palace of trcek of Lipa, where you can also notice fragments of letterbox sgraffito.

In the entrance building there is a stylish restaurant where you can enjoy specialties of castle cuisine in a pleasant environment. On the first floor there are accommodation guest rooms for visitors, offering a unique opportunity to stay in the castle in a period environment in the style of the early 20th century. Svojanov is also a popular venue for wedding ceremonies, corporate banquets and private celebrations.

For more information about the Pardubice Region where this place is located click here. 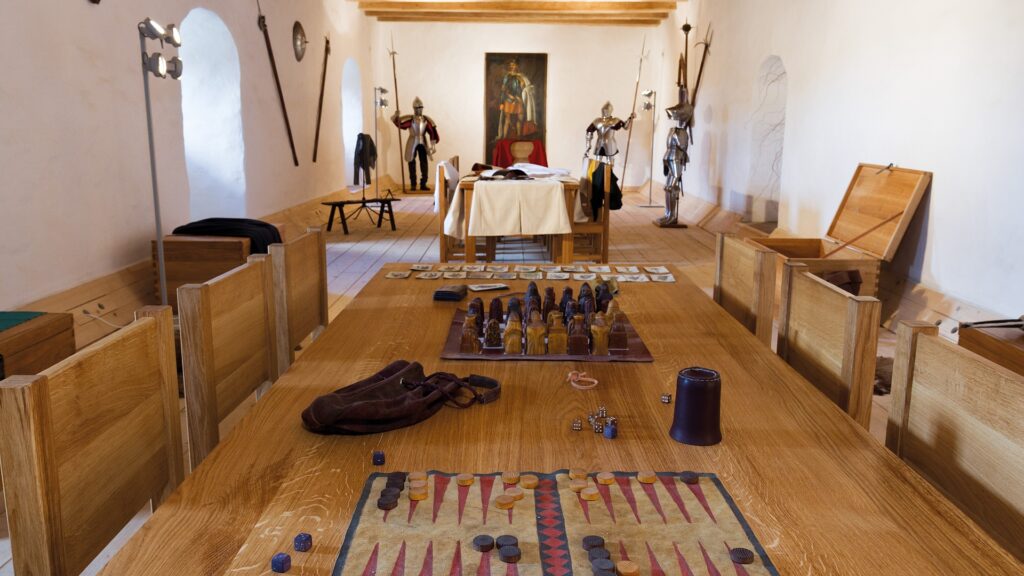