The city’s center is wrapped around the Republic Square where is also situated the City Hall – one of the main dominants of Pilsen. The building is protected as a cultural landmark and that is mainly because of its unique appereance. In the 15th century the biggest house on the square was bought and reconstructed to serve as a city hall. The reconstruction was held according to the plans of an Italian builder Giovanni de Statia during the years 1554-1559. It was the first rennaisance building in the City of Pilsen. The building underwent another reconstruction in the 20th century and it was held by a Czech architect Jan Koula and since then its unique facade is decorated with sgraffito technique. It shows the city emblem and some of the most important rulers including Wenceslaus II of Bohemia, John of Luxembourg or Rudolph II who was the Holy Roman emperor and who actually ruled from Pilsen for a couple of months because plague hit the original place of ruling which was Prague.

Some downstairs rooms are available for public. The ground-floor hall is regularly used for exhibitions and in the ground-floor backroom, which is know as Mazhaus, there is a unique 1:200 scale model of the historical Pilsen city center.

Right in front of the city hall there is the Cathedral of St Bartholomew. This gothic church has the tallest church tower in the Czech Republic. Near to that is the Plaque Column which was built in 1681 as a way of gratitude that plaque did not hit the city in its full power. 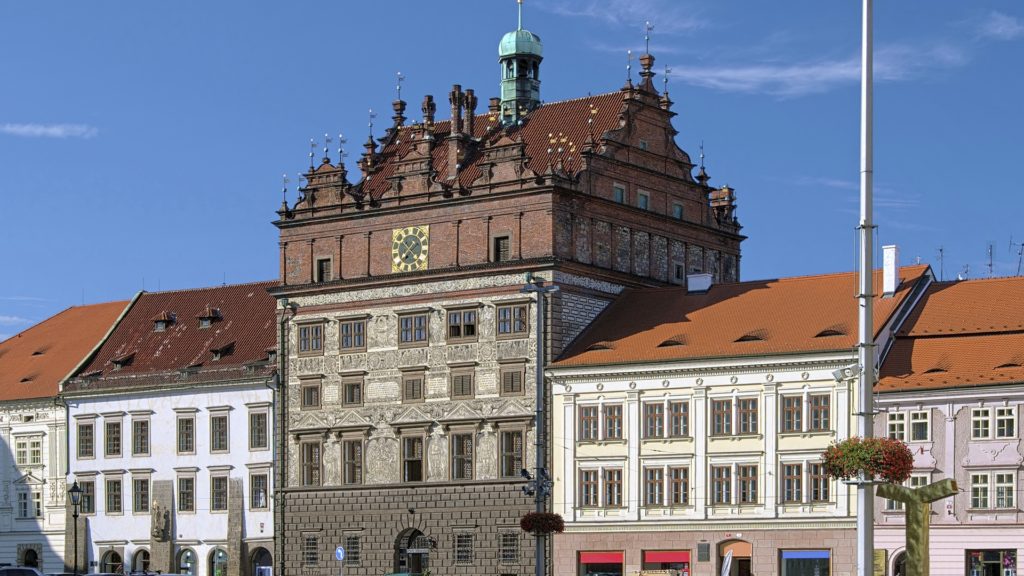