Panska Skala Rock, the so-called “Rock Organ”, is a national natural monument and a unique geological formation. One of the finest examples of basalt columnar jointing in the Czech Republic has been unveiled already in the 18th century thanks to the mining in a quarry. Since 1895 it has been protected which makes it the oldest geological reservation in Liberec Region and the Czech Republic. It is a remnant of a basalt hill protruding from the plateau between Kamenicky Senov Town and Prachen Town. Pentagonal or sextagonal regular basalt columns are nearly vertical.They are 37 feet long and 8 – 16 inches in diameter. The entire structure reminds organ pipes therefore it is often called Rock Organ. From the top is a nice view of Kamenicky Senov Town and surrounding hills. Below the rock is a small lake which was formed in the pit after extraction of rocks. It is filled with rainwater only. At the southeast foot of the rock stands a column, erected in memory of a young apprentice and a widow who froze to death here in a stormy winter night, January 18, 1739.

The monument was popularized by a Czech fairy tale Proud Princess (1952). Also a French movie about Merlin was filmed here in 2011. Kamenicky Senov Town received as a gift backdrops which were a part of a magical entrance into the Panska Skala Rock in the film mentioned. Today, Panska Skala Rock has a status of a national natural monument and is the most visited geological formation in Bohemia also known to geologists abroad. In front of the monument is a new modern car park where the tourist informations are. Round the monument leads an international road E 442 Usti nad Labem City – Decin City – Liberec City. In 2013, the bicycle path called Organ was completed giving the opportunity to cycle from Ceska Lipa City to Kamenicky Senov Town. There are also three marked tourist paths (a blue one from Novy Bor Town, from Zandov Town a yellow one and a green one from the town centre of Kamenicky Senov Town). 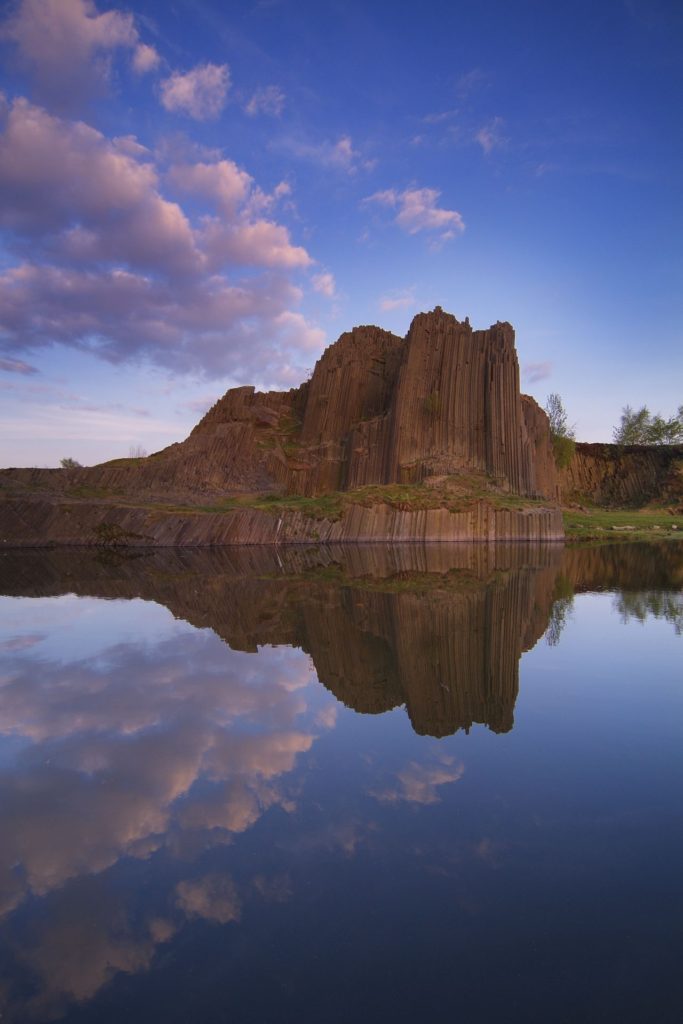