Stalactite caves hiding underground and deep gorges nested between rocks in one of the most significant karst areas in Central Europe lure thousands of visitors every year. This area is called the Moravian Karst. There are more than 1100 caves and gorges but only a small number of them all are open to public. The main attraction is the access to the underground Punkva Caves, where a tour takes you to the bottom of the 460feet deep Macocha Abyss. You will sail on a boat on the dark subterranean Punkva River, through Katerinska Cave, Sloupsko-Sosuvske Caves and all the way to Balcarka and Vypustek Caves. The starting point to the central part of the Karst is the Skalni Mlyn (Rocky Mill), to Punkva Caves you can get by an ecological electric train and a cableway will take you to the Macocha Abyss. Macocha Abyss may be admired from two lookout bridges, the upper located 455feet and the lower 299feet above its bottom. There are two small lakes in the bottom of the Macocha Abyss, both fed by the Punkva River springing underground by the confluence of White Water (Bila voda) and Sloupsky Stream Rivers. In surroundings of Moravian Karst visitors can enjoy also technical sights which are the Frantiska Iron Mill in Josefovske Udoli (Joseph Valley) near Adamov Town; the oldest preserved iron mill in Central Europe, and an original blueprint workshop in Olesnice Town. In Boskovice City, tourists can take a walk along the narrow streets of the ancient Jewish town; in Krtiny Village, you can admire the Baroque pilgrimage Church of the Name of the Virgin Mary with St. Ann Chapel and monasteries, built according to a design by J. S. Santini. Make sure not to miss the Porta coeli in Predklasteri Village near the Tisnov Town and Pernstejn Castle, which has appeared in many Czech fairy-tales. 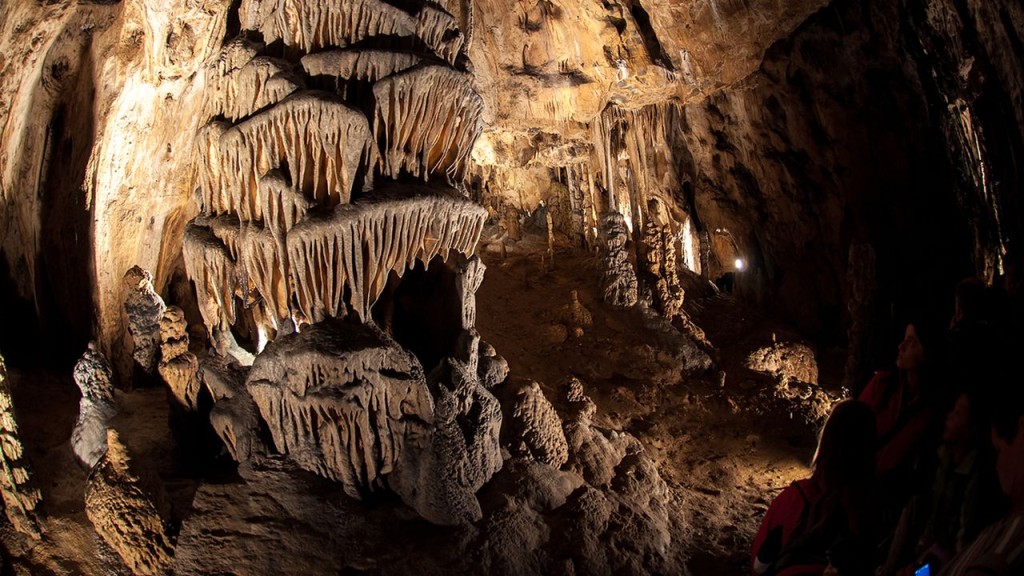