There are numerous lookout points placed in Liberec Region. Each one distinctive not only because of the original architecture but also for a unique story connected to it. The only stone lookout tower in Krkonose Mountains is situated on Mount Zaly. The tower itself is 59 feet high and was built at the end of the 19th century. It is, in fact, the third lookout built on the same place. The first one was wooden, second one from metal and last but not least which weathered all conditions is the stone one. It offers a spectacular circular view and providing there are good weather conditions, even the Prague Towers can be seen from the top of Zaly. Another stunning octagonal stone and brick lookout tower placed in Jizerske Mountains is Stepanka, often called the Queen of Jizerske Mountains. The tower is 65 feet high and provides a circular view of the Polish part of Jizerske and Krkonose Mountains. The main dominant of Liberec City is the unique structure on the Mount Jested. Jested lookout tower is a TV transmitter. It was designed by architect Karel Hubacek and won the “Building of the 20th century“ title. The height is 305 feet and there is a funicular railway to the top of Mount Jested. There is a gallery, restaurant and café and a hotel. One of the youngest lookout towers is Dubecko. It was opened in 2001. The top of the lookout in the height of 108 feet offers splendid views of the surroundings. Since there is an open circular staircase, the tower is closed in bad weather conditions to ensure safety of visitors. The unique lookout point provides a former, now renovated, ski jump K-70 in Lomnice nad Popelkou Town. It is accessible at any time, however, the access is at your own risk. Among others, there can be named also Cerna Studnice, Kralovka, Kozakov,Bramberk, Smrk,Kopanina, Nisanka, Zaltman, etc. 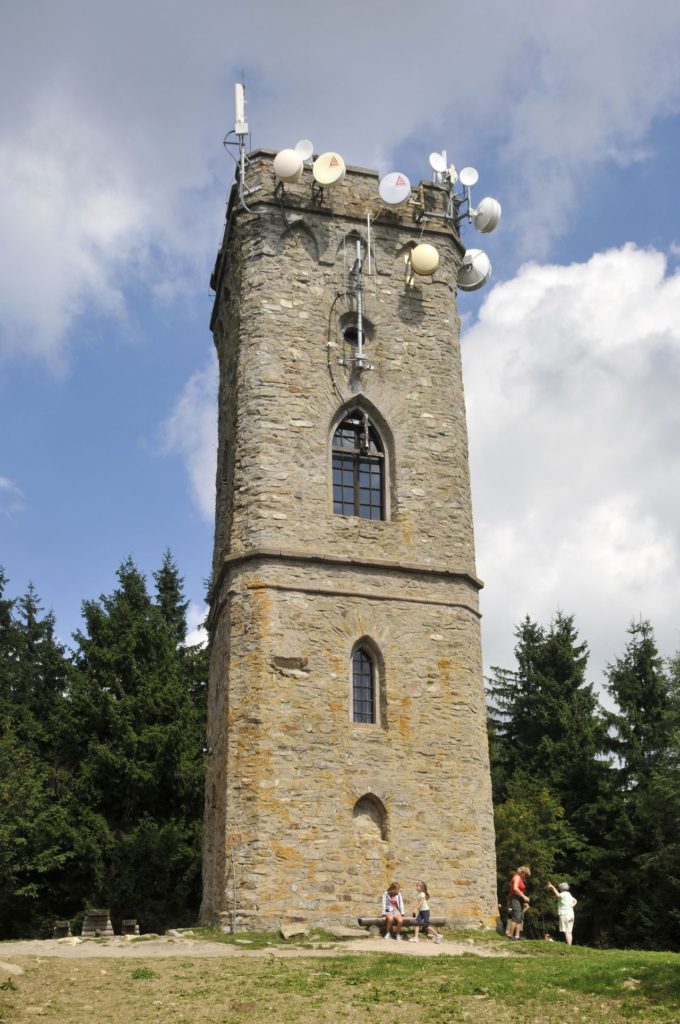