Because Litomysl Castle has not changed in its appearance since that time, in 1999 it was entered into the UNESCO World Heritage List as an example of Italian architecture adjusted for the conditions of a transalpine country. The internal appearance and furnishing of the castle have however over the course of the centuries been adapted to the tastes and needs of other owners – from mid-17th century the Trauttmansdorff family and up to the mid-18th century the Waldstein-Wartenbergs.

The Renaissance Hall was converted to a Baroque room, after a blaze in the 18th century it was redesigned to the fashions of French Classicism. In this period also the jewel of today’s castle was established – the family castle theatre from 1797. The preserved theatre mechanism, the set of backdrops and other original furnishings are unique in the whole of Europe. Only 5 comparable theatres can be found on the old continent.

The preservation of the family theatre was only made possible by the fact that the last owners, the Turn–Taxis family did not live at the castle and purchased the debt-burdened Litomysl in 1855 only as an opportunity to invest their vast fortune. The last owner Albert Maria Thurn–Taxis brought his estates unharmed through both World wars, but in 1946 his Czech domains, including Litomysl, were confiscated.

Since that time the castle has been the property of the state and since 2001 it has been administered by the National Heritage Institute. Aside from Italian Renaissance architecture, or the rare preserved domestic theatre, the castle can also boast of its extensive sgraffiti decoration. This was on the facade of the castle and its courtyards, but also on the gables, chimneys and cornices and was renovated in the 1970s and 1980s by a team of the foremost Czech artists under the leadership of Olbram Zoubek, Stanislav Podhrazsky, Vaclav Bostik and Zdenek Palcr.

For more information about the Pardubice Region where this place is located click here. 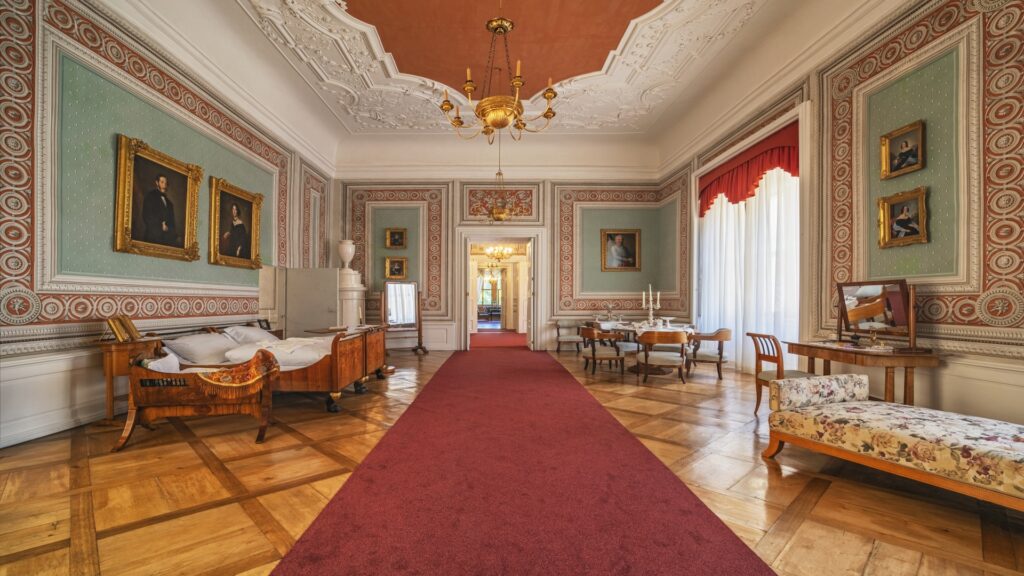