Kunín Chateau is one of the most valuable Baroque castles in Moravia and Silesia. It is located in the village of Kunín near Nový Jičín in the Moravian-Silesian Region. It was designed by architect Johann Lukas von Hildebrandt.

It was built by the well-known Austrian architect Johann Lukas von Hildebrandt at the request of the Harrah demons, who bought an old stone fortress and had it re-built by Hildebrandt in the present form of a two-storey baroque castle.

After the Counts of Harrach, the Chateau was owned by the Walburg-Zeil, then Schindler of Kunwald, and finally the Bauer Knights’ business family owned it until 1945, when all of their property was confiscated and fell into state property; the Chateau was previously heavily damaged by the Soviet soldiers’ stay at the end of the Second World War in April 1945. In the 1950s, the castle was owned by a state agricultural farm; under the castle were a dormitory and a warehouse.

Over time there was a drug store. In the 70’s, the University of Veterinary Medicine Brno was given the chateau, but unfortunately it began to insinuate it in the dormitories for its students. In 1999, the chateau became the property of the village Kunin, who took care of the rescue of the Baroque monument. Funds from state funds and European Union funds were obtained, but a large part was also invested by the village Kunín. The castle rose like a Phoenix from the ashes.

It was opened to the public in 2003 and is now operated by the Museum of Novojicinsko. On the night of 24-25 June 2009, the chateau was flooded in connection with the devastating flash floods that hit northern Moravia. In September 2001, members of the Bauer family, who provided photographic footage, documented the equipment of all rooms of the castle before the war. There were returned not only to most of the original collections to the chateau, but also to the memory and spirit of the ancient historic monument. 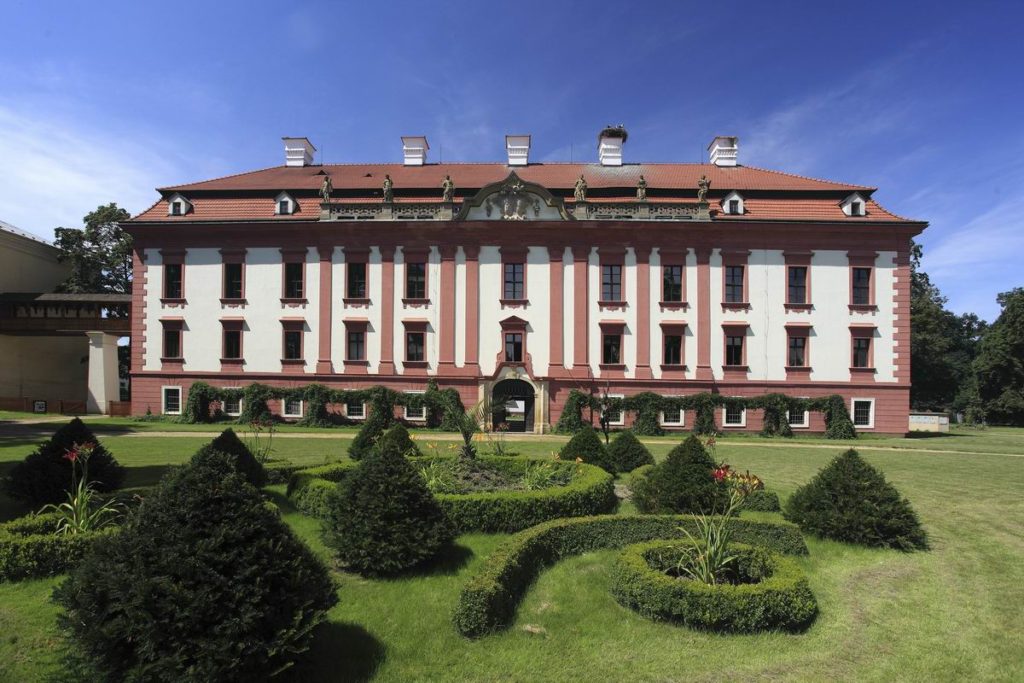