Chateau Kravare is situated on the southeastern outskirts of Kravare and is followed by a large park, the majority of which is now used as a golf course. The chateau is valuable monument of Renaissance architecture in Silesia, now owned by the city and the seat of the Castle Museum. The current owners of the castle are Smiejas.

Kravare are first mentioned in 1224, later it became the center of a small estate, but today it is not known where originally there was a stronghold of the Lords of Kravare. Later fortress was first mentioned in 1553, that was already on the site of today’s castle, the part of the mansion were brewery, malt house and farmstead.

The original Renaissance fort was damaged during the 30 Years War and was turned into the Baroque chateau in the 17th century. This chateau fell to the wildfire in 1937 and was gradually reconstructed between 1953 and 1971. In 1996, it was made into a chateau museum, the collection of which is divided into two parts-the Kravaře exhibition (interesting aspects of the location’s history) and the exhibition of the chateau’s Baroque interior from the 18th century and the chateau’s chapel. The chateau exhibition contains mostly the exhibits from Silesian Land Museum in Opava and is completed with collections from other museums in Silesia. What is really worth seeing is the late Baroque St. Michael’s chapel.

Along with the reconstruction of the castle was in its immediate vicinity regular French style garden, a remnant of the original concept remains today alley leading from the city to the northern facade of the castle. East of the castle in the late 18th and 19th centuries gradually was established landscaped park complete with several ponds. The area of the park changed over time, now covers an area of 37 acres. 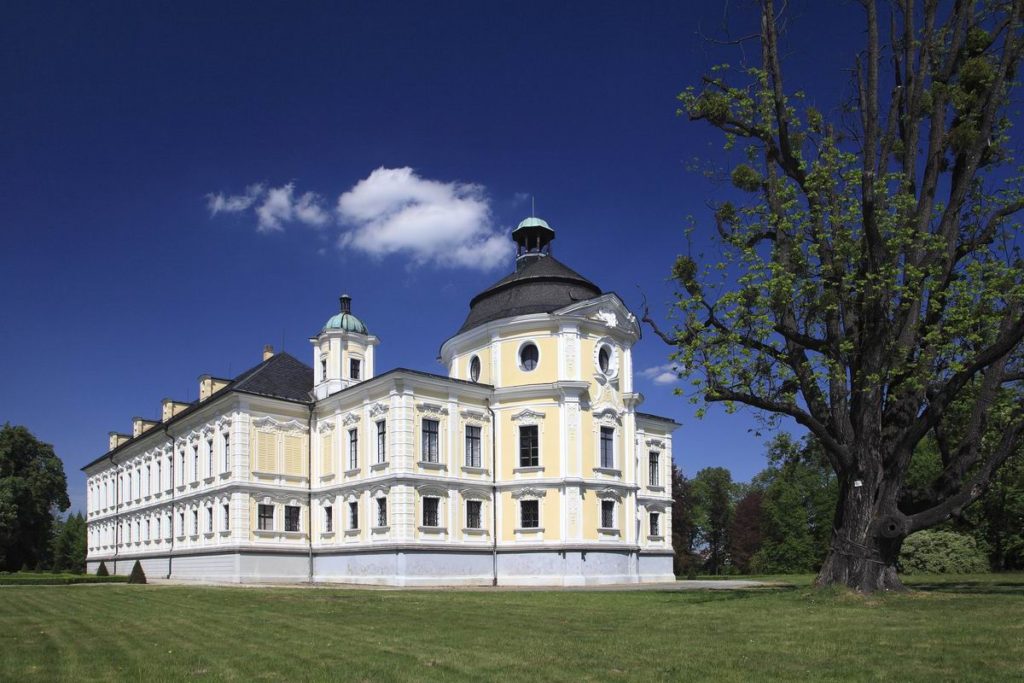