You don’t have to travel all the way to far away Asia to see the Asian black bear; just head to Konopiste Castle, which includes a ‘beararium’, home to this “moon-chested” Tibetan bear. Bear-keeping goes back a long way here – the first furry chaps were brought here in the middle of the 19th century by the Lobkowicz family and Archduke Franz Ferdinand d’Este continued with it. But that’s far from all there is to see!

This seat was established around 1294 by the Bishop of Prague, Tobias of Benesov and its construction inspired by the renowned and sturdy French fortresses of the time. In the 17th through 19th century, the castle passed from one important aristocratic house to another. In the 18th century, Konopiste was transformed into a more comfortable Baroque residence, by the Lords of Vrtba. For a short time, the castle belonged to the aforementioned Archduke and heir to the Austro-Hungarian throne, Franz Ferdinand d’Este. He had it rebuilt in a more historical style, put his extensive collections here and had the surroundings landscaped as a park. A less glorious phase of its history was during World War II, when the chief of staff of the Nazi SS units resided here.

Fortunately, its strong walls that do not belie their fortress origins have endured all the trials and tribulations of history, and today keep watch over bears as well as rare works of art.

Konopiste has four tours available. Apartments of the south wing of the castle is the first one, where you can admire the rooms in the southern wing of the castle, which were furnished in a Baroque style. This route includes the hunting corridor, beautiful chambers and a historical bathroom. Second one, Apartments of the north wing of the castle, is the earliest, and it includes the famous armoury (the richest in the Czech lands), chapel and a lift. Third tour consist of Private apartments of Franz Ferdinand d’Este family including the hunting corridor. Last one is the Hunting route which is cross-section of tours and it is focusing on the theme of hunting. 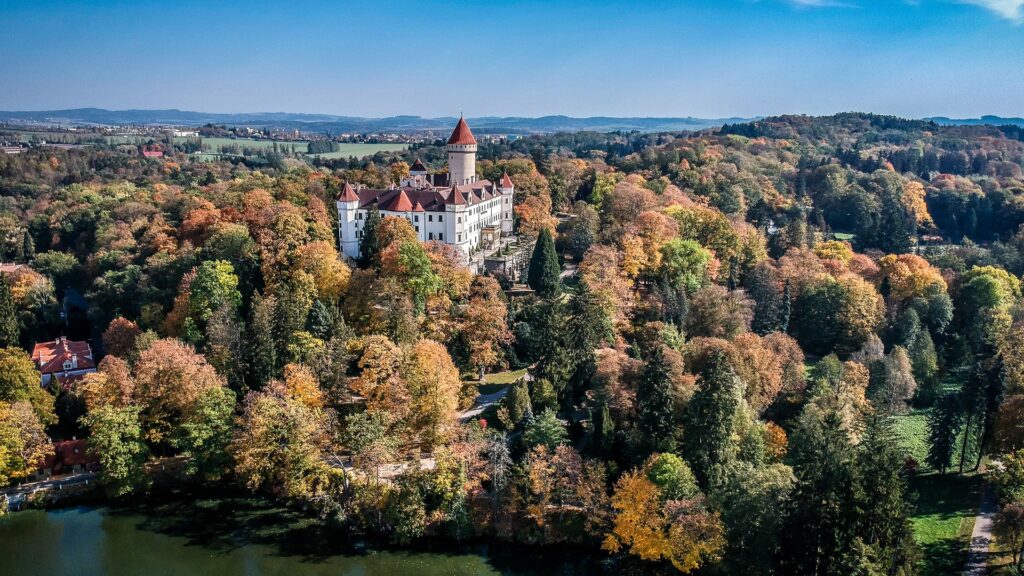