Karlova Studanka Spa is among the most interesting spa areas in the Czech Republic, thanks to its climate and its magnificent location in the middle of the mountain scenery. It is a spa town in Moravian-Silesian Region. It has 226 inhabitants, with its altitude of 2624 FASL. Just a short walk away there is the highest peak of Moravia – Praděd. Karlova Studanka is named after Karl Ludwig, who at the Battle of Aspern defeated Napoleon.

The first reports of the use of local springs for treatment date to the 18th century. In 1778 a townsman K. Riedel, who had long suffered from sore feet, tried to successfully treat his disease with heated local mineral water.

In the village is pool complex with hydrotherapy and thermotherapy, gym and fitness center Orlik, two tennis courts (in the winter ice rink), in winter you can use 1968ft long ski slope. Known and visited place in the spa is artificially constructed waterfall on the White Opava River. In the upper part of the village is a geological exhibition of stones from the Jeseníky and further wooden chapel of Saint Hubert.

Believers can visit the Church of the Virgin Mary Health of the Sick. Most of the cultural events are held here in the spa house Libuše. From Karlova spring toward Praděd nature trail leads to Bila Opava, after which you can walk up to the cottage Barborka. There are also many bike routes.

There are 8 springs in the well. Some are named after famous personalities such as spring Maximilian, named after son of Marie Terezie, who ordered the search around the village and they found the healing water. All local springs have a high percentage of carbon dioxide due to natural peat bogs, preventing ventilation. Sources can be bottled in e.g. drinking pavilion, where the Wilhelm spring is or in the house of Libuse. 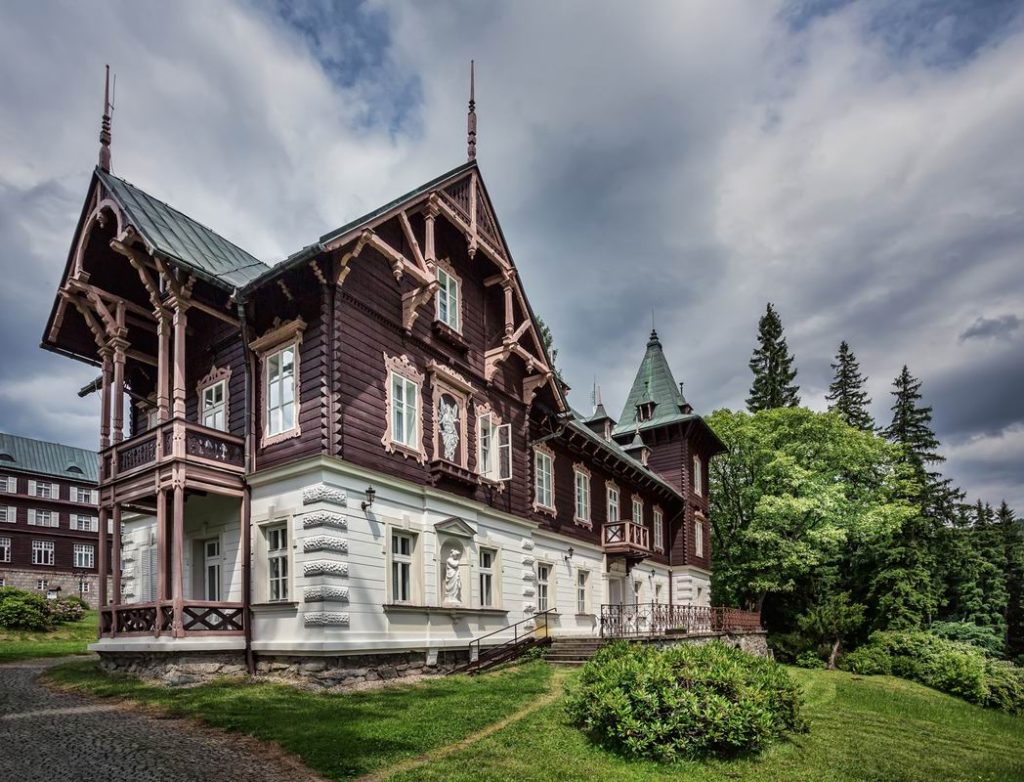