Romantic ruins of Hukvaldy castle located in the Moravian-Silesian Region and are one of the largest in Central Europe and the third most extensive of its sort in the Czech Republic. The Hukvaldy Castle was gradually built in the course of five centuries from the late 13th to the mid-18th century, when it was abandoned due to its poor accessibility and low level of comfort. It slowly fell apart and became a ruin. There is a large hunting enclosure suitable for long walks, which served as one of many sources of inspiration for a great Czech composer – Leoš Janáček.

Hukvaldy castle ruins are in the same village in the district of Hukvaldy Frydek-Mistek in the Moravian-Silesian Region. Since 1958 they are registered as cultural heritage of the Czech Republic.

The exact time of the origin of the castle is not known, for a long time it was speculated definite span of years 1228 and 1285. The first written mention of the castle dates from 1285. The name of his masters from Pribor probably the most commemorate their original ancestral castle Hückeswagen, which Frank and his son Henry renounced Sept. 11, 1260.

Hukvaldy is known mainly for its castle. The fact that there is also a chateau, so he is not known. The chateau was built in 1855 as a hunting folly with elements of Gothic style. Chateau is located in the center of the village, opposite the church. The chateau, which is owned by the Ostrava-Opava Bishopric, has corrected the front facade, but the public is not currently accessible.
When visiting Hukvaldy you can visit the park, which is located behind the castle. Park, which is all in English style, is definitely worth seeing.
In the park, you can see the red beech, yew, Tsuga, ginkgo, silver fir, pine, maple trees and undergrowth trees in abundance growing wild garlic. 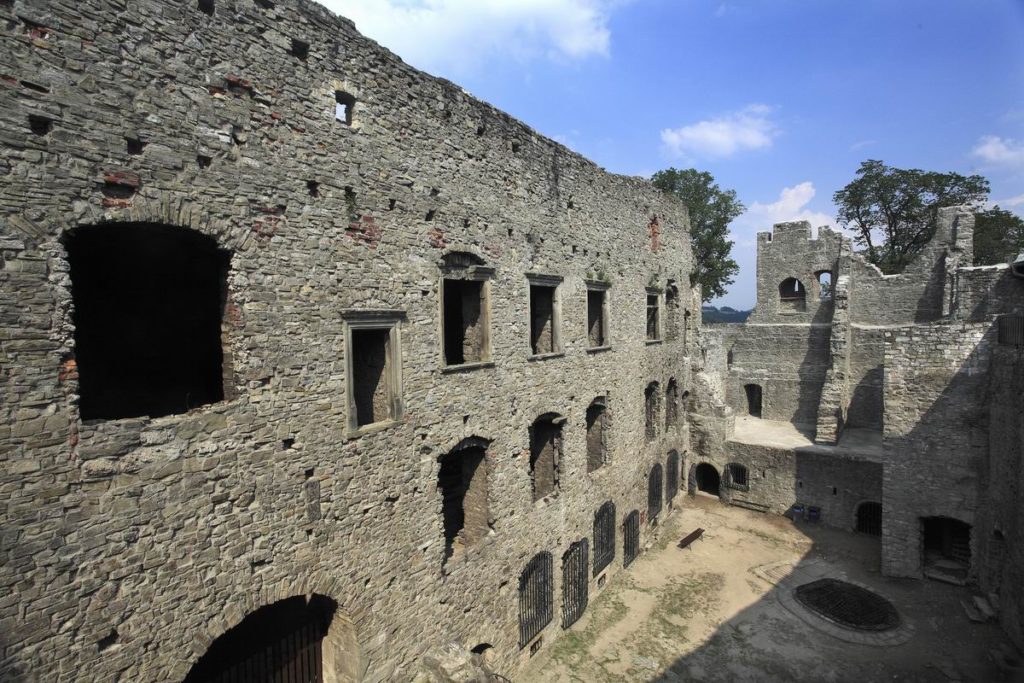