Liberec is a statutory city in northern Bohemia and the county city of Liberec region. It has over 100,000 inhabitants and is the fifth largest city in the Czech Republic. Along with the neighboring Jablonec nad Nisou and the surrounding villages, creates a broader urban agglomeration. Liberec is a founding member of the Euroregion Neisse, since 2004 and its capital city.

One of the symbols of the Liberec is its Town Hall, a Renaissance building from 1893, which replaced the old town hall from the years 1599 to 1603, the plan is outlined in the pavement Dr. E. Beneš square.

Broader symbol of not only the city but also the region is transmitter, the Jested Tower. Jested (3320 FASL) is a mountain in the north of the Czech Republic, southwest of Liberec, the highest peak of Jestedsko-kozakovský ridge. It is the eleventh most prominent mountain in the Czech Republic. At the top is well-known television broadcaster in technical architectural style.

The local science center ranks among the best, as well as the regional gallery which is housed in the renovated premises of the former town spa in Liberec. The project for the revitalization of the town spa for gallery purposes was awarded the Grand Prix, the main prize of the Association of Architects for its sensitive reconstruction combining elements of modern architecture.

The zoological garden in Liberec is the oldest zoo in the former Czechoslovakia. It was founded in 1919, but its roots go back to the beginning of the 20th century. On the area of almost 25 acres you can admire up to 160 species of animals from all continents. Among the most interesting species are bred Chinese Takin, Hamadryas baboon, Kea, Berber lion, red panda, elephant, forest reindeer, many species of apes, meerkats and reticulated python. The zoo is famous for its very rare white tigers. 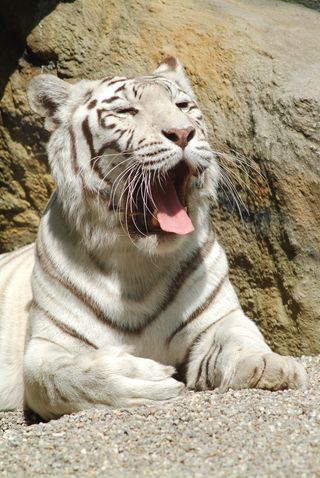