Bohemian Paradise is a region and a protected landscape area about 90 kilometers north-east of Prague. Not only is the saying true that ‘the journey sure is nice, to Bohemian Paradise’, but this area features distinctive rock citadels, which prompted its being declared the first Protected Landscape Area in Czechoslovakia in 1955, subsequently entered on the prestigious UNESCO list of European Geoparks, in 2005.

Another reason for the growing interest in protecting this territory is its extraordinary landscape diversity, where dense forests alternate with meadows and wetlands, deep ravines with sandstone rocks, and natural features with man-made ones. Thanks to the spectacular beauty of the landscape and the high concentration of historic landmarks, the region has been very popular among artists of all kinds.

Humans have lived here for over 10,000 years and mankind’s presence is borne out by, among other things, the above-mentioned rock citadels. Examples include the Prihrazske skaly scenic rocks, with their distinctive complex of rock towns and a rock formation oddity, dubbed the ‘Mare’s Head’. Among the most popular places are the Drabske svetnicky scenic rocks, with breathtaking views.
Other things you can see in Bohemian Paradise are historical lendmarks, for example Kost castle, an impressive, well-preserved Gothic castle in the village of Libosovice in Jicin District, then Sychrov chateau, which is a very well-preserved, large Neo-Gothic chateau from the 19th century or the ruins of Trosky castle which was built on top of a hill and its ruins can be seen from far away, which makes it one of the most recognizable landmarks of Bohemian Paradise.

There has been a rock fortress here ever since the 13th century, and nowadays you can admire the passages and ‘chamberettes’ hewn out of the rock, which have served as a refuge for the Hussites, and later soldiers, during the Thirty Years’ War and World War II.
With all of this Bohemian Paradise belongs to the most popular tourist destinations in the whole of Czechia. 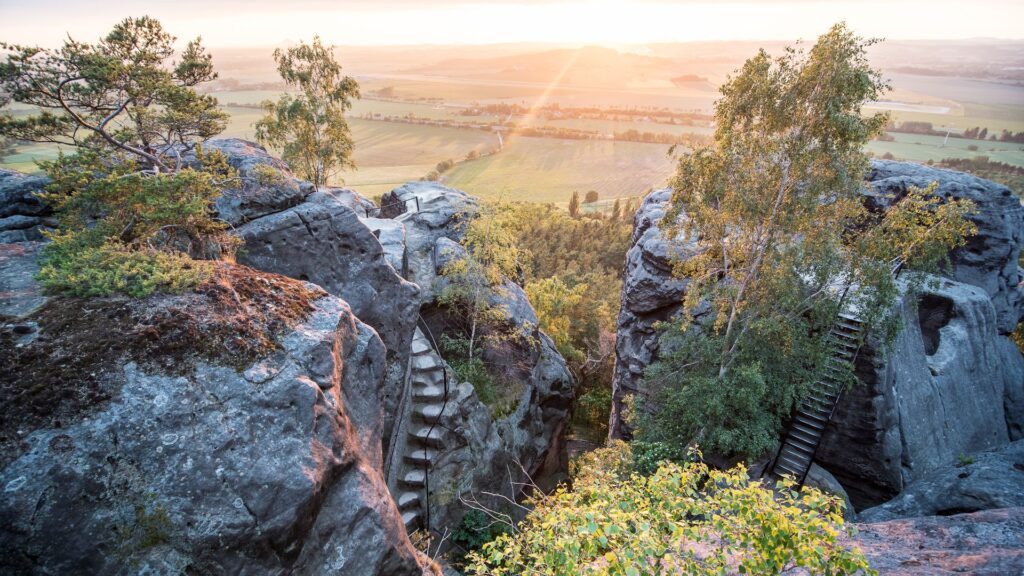