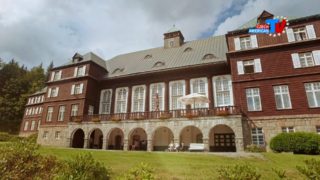 Discover Czech Regions: Moravian-Silesian Region contains natural beauties, protected landscape areas and monuments to technology that cannot be found anywhere else, as well as a surprising number of cultural monuments. Moravia-Silesia’s culture is suffused with Czech, Slovak and Polish influences, and the region has a rich background for sporting and cultural activities.

City of Ostrava – The largest city in the Moravian-Silesian Region and the third largest in the Czech Republic. Ostrava is located just 7 miles south of the Polish border and 35 miles west of Slovakia. Thanks to its industrial heritage, its strategic location and the strong local identity of its people, Ostrava is a uniquely charismatic Czech city.

Town of Opava is known as the white pearl of Silesia, offers visitors a range of monuments, from Gothic to architectural gems from the first half of the 20th century.

Town of Frydek-Mistek with its 65 000 inhabitants is a natural,  administration,  trade,  industrial and cultural center of Frydek-Mistek County which is situated in the north – eastern part of the Czech Republic. The town lies at the foothills of the Beskydy Mountains on the Ostravice River. 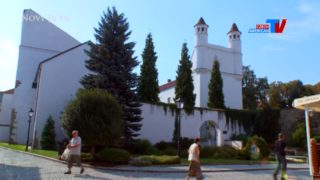 Town of Novy Jicin can boast an unusually high number of monuments, which form the Town Monument Reservation declared in 1967.  Cultural monuments worth seeing include the regular-sided town square, which is unique in the Czech Republic and is surrounded on  all four sides by exceptional town houses edged with arcades. 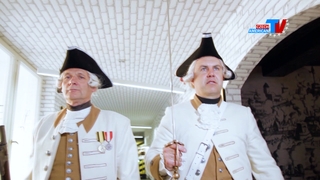 General Laudon Exhibition is situated in the restored Laudon’s House in the Visitor’s Center of Novy Jicin. The exhibition is made up of seven individual themed rooms which will take you in a logical order through all of the stages of the general’s life in a comprehensible and fun manner.

Czech Songs: This time with Folk Ensemble Slezan from Town of Cesky Tesin.