Discover Czech Regions:  Liberec Region  has a predominantly industrial nature. The glass and jewelry industry, the production and processing of plastics, engineering and processing industries are primarily developed with close ties to the production of cars. The traditional textile industry has lost its dominant position due to the slowdown in recent years. 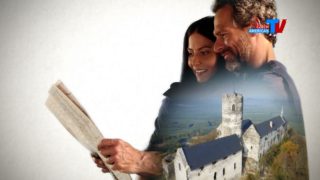 Czech Destinations:  Macha Lake is called a lake but – in fact – it is a pond. It is the largest pond in Bohemia. The pond was founded in 1366 by King Charles IV. There are two little islands in the lake – called Mysi and the Kachni – that are connected with several local legends. The little islands are valuable bird localities and access is not permitted.

Czech Landmarks:  Frydlant Castle and Chateau is one of the most frequently visited historic buildings in the Czech Republic. In the course of time, the originally Gothic castle was rebuilt into a large Renaissance chateau with abundant decorations and great and extremely valuable collections. The historical houses in front of the castle are noteworthy as well.

Czech Cities & Towns: Town of Jablonec nad Nisou. Glass-making and jewelry-making traditions have been developing in this town at the foot of the Jizera mountains since the 16th century. These unusual crafts are showcased in the Museum of Glass and Jewelry, with its collections of glass, jewelry, coins, medals and plaques, and the Belveder jewelry gallery.

Explore Czech Lands: Bohemian Paradise
represents a real geology textbook. The territory of almost 700 km2 includes a whole range of geological phenomena, palaeontological, mineralogical and archaeological locations and also historical monuments. It was listed in the prestigious list of the European Network of Geoparks in October 2005. In the course of the Earth history, lasting for almost 500 million years, the area was repeatedly the bottom of seas and lakes and volcanoes erupted here several times. The sediments of the Mesozoic sea created the base of the current sandstone “rocky towns”.