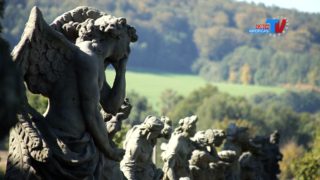 Discovery Czech Regions: Hradec Kralove Region is situated in north-east Bohemia. Thanks to its exceptionally favorable natural, climatic, and cultural climate, and a wide range of leisure activities offered, it is the most frequented region in the country each year.

Czech Destinations: Krkonose  is home to the highest mountains in the Czech Republic, but that is also true throughout Central Europe to the north of the Alps. This is despite the relatively compact area concerned and the range’s low altitude. There is an abundance of variety in the landscape’s flora and fauna, far exceeding that of the moderately sized mountains in the surrounding nations of Europe.

Krkonose Artic-Alpine Tundra: The highest areas, known as the Krkonose tundra, are part of the so-called Corine Biotopes, a system of internationally important biotopes in Europe, and the most valuable areas of the Krkonose are part of Natura 2000.

Czech Landmarks: Kuks Hospital – The story of Kuks apparently began with a swindle. In the late 17th century, the owner of the estate, the eccentric Count Frantisek Antonin Spork, invited a commission of illustrious experts to the springs bubbling up in a picturesque valley, whose waters they proclaimed to be curative. 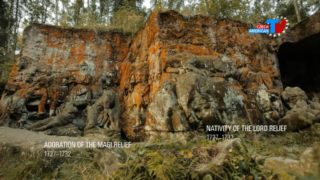 Kuks Nativity Scenes – Baby Jesus, Mary, the donkey and an ox, the Three Kings, and some hermits for good measure.  This Baroque masterpiece was created by genius Matthias Braun in the woods under the open sky. If you don’t visit his nativity scene, you just ain’t seen Kuks.

Czech Traditions: Regional Traditions in Hradec Kralove Region – The town of Vamberk is a well known centre of bobbin lace, as is born out by its more than 400 year old history. Vamberk opened it first lace-making school in 1889 which has educated several generations of high quality and well-known lace makers.