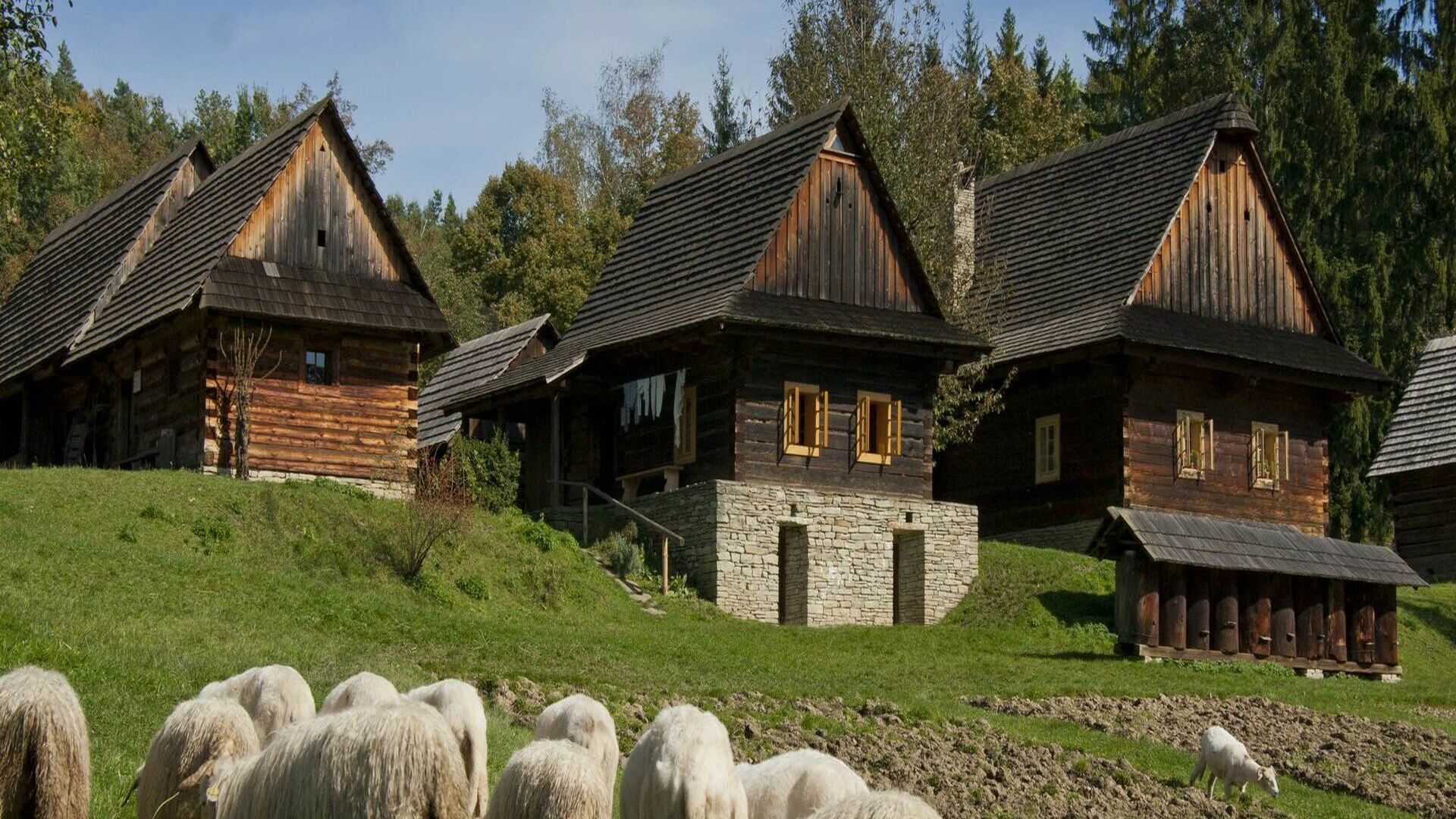 The Wallachian Open-Air Museum in Rožnov pod Radhoštěm is part of the National Open-Air Museum in the Czech Republic, organizes a collection of permanent and visiting pieces on the history of folk culture, manages collection items of ethnographic character and objects of folk architecture and architecture located in the natural landscape, documents folk culture from Těšín Silesia and keeps genealogical records of genera from the Moravian Wallachia region.

Specialized exhibitions include the Wooden Town, the oldest in Central Europe (founded in 1925), Wallachian Village, the village-type area with animal husbandry and a presentation of farming and crop production (so-called living museum), Mlýnská dolina, opened in 1982, with objects of industrial construction and functional industrial equipment, also with the exposition Transport Vehicles in Wallachia (in the building of the depot from Ostravice).

At the entrance to the expositions, the so-called Sušák (the name of the building is derived from the drying of dyed skeins in the original textile and bleaching plant from the 19th century for the production of Rožnov canvas), inside the permanent ethnographic exposition Městečko pod Radhoštěm (history of Rožnov pod Radhoštěm).

The museum also manages two buildings called Libušín and Maměnka (originally tourist shelters), according to the project of the Slovak architect Dušan Jurkovič (1868 – 1947), built in the style of folk art nouveau in Pustevny (mountain saddle, Moravian-Silesian Beskydy), with interior design by Czech painter Mikoláš Alš (1852 – 1913), and paintings by the academic painter Karel Štapfer (1863 – 1930). The buildings in the care of the museum have been reconstructed since 1995. The Libušín Restaurant was opened in 1999 and the Maměnka Hotel in 2003.

Since the founding of the museum in 1925, a professional library has been built, focusing mainly on cultural, historicaland ethnographic documentation of the Moravian Wallachia, Těšínand Kopanice regions, folk architecture, crafts and art, currently located in the so-called Wilk House, that is publicly accessible.

For more information about the Zlin Region, from which this museum comes, click here and here.