The Regional Museum in Horovice 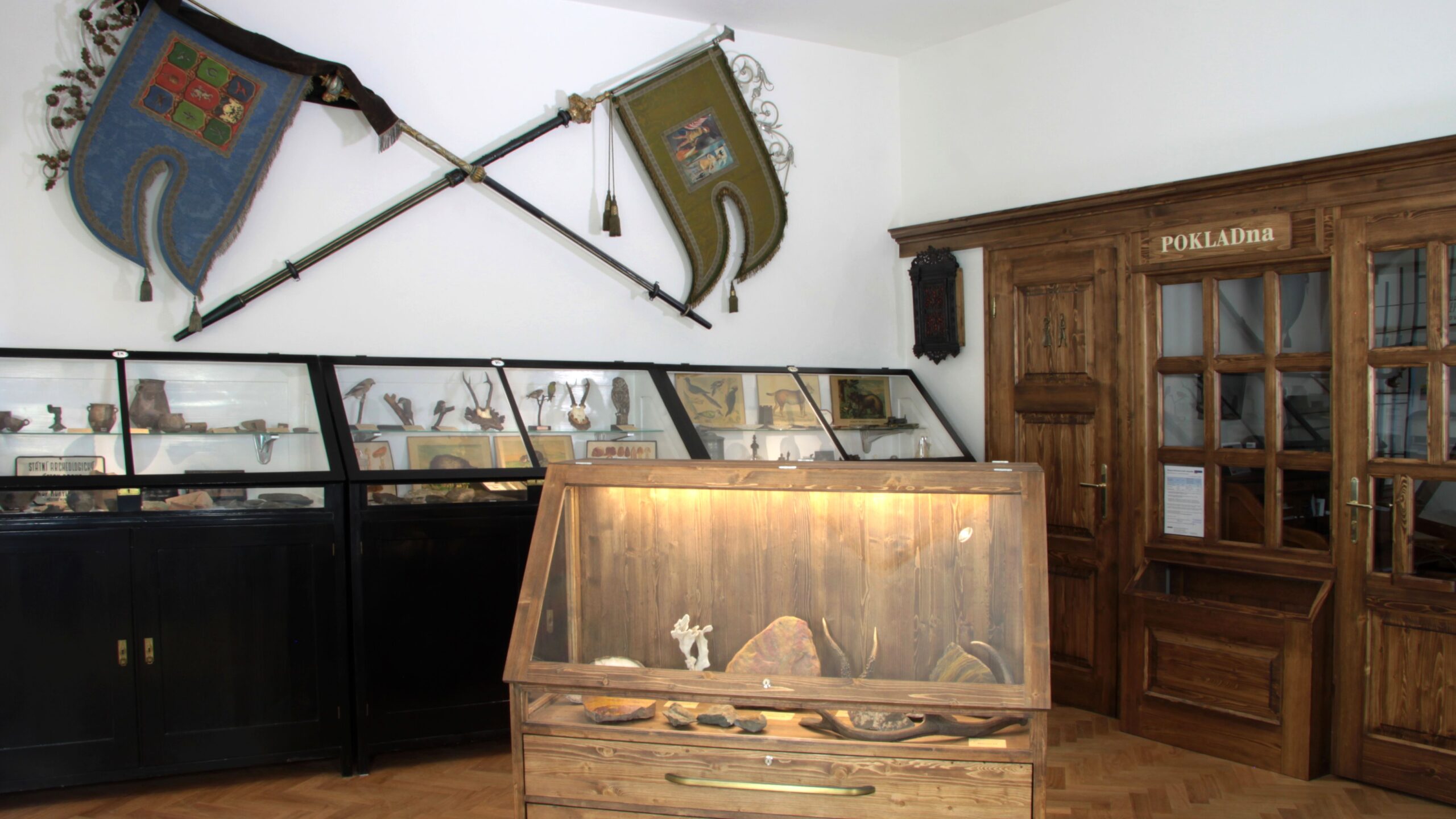 The Regional Museum in Horovice

The renewed branch of the Museum of the Czech Karst has been located in the Old Castle complex in Hořovice since 2017. Permanent exhibitions were created in cooperation with the Central Bohemian Region, the town of Hořovice.

The introductory permanent exhibition deals with the history of the Municipal Museum in Hořovice. It can be divided into three basic stages. There are: the beginnings and enthusiastic collection of “old objects” at the turn of the 19th and 20th centuries. The way of transforming an object of everyday use into a valuable museum exhibit is shown in a cartoon comic. Visitors will also look into the museum depository from the middle of the 20th century.

In typical wooden showcases, they will see museum exhibits of social science, natural history collections and objects of everyday life. The oldest comes from the collection for the Czechoslovak Ethnographic Exhibition in Prague (1895). The exhibition also includes a period burgher interior from the beginning of the 20th century.

The collection of metal art and historical objects can be found in the exhibition presenting archaeological finds. These are from the Plešivec hill (bronze age deposits of jewelry, tools and weapons). Other exhibits are products of local companies focusing on the production of artistic cast iron. For example, the foundry of the Čermák brothers created medals and plaques with portraits of important Czech personalities.

The company B. Moutelík produced plaques and statuettes according to the designs of academic artists and the carver Konstantin Bušek. Enamel cookware is a traditional production of the Václav Schmidt company in Hořovice. It was one of the first manufacturers in the Czech lands. The stud workshop with guild monuments refers to the long tradition of stud farming in the Hořovice region. A unique exhibit showcases models of gastronomic equipment, the production of which was dealt with by the company Otto Hofmann Hořovice.

The exposition for the Brdy forest is dominated by wood, not only as a symbol of the Brdy forests, but also as a material of everyday contact of our ancestors. Not to be missed is a map of the former Hořovice estate from 1890 with photographs of forest authorities and farms from the first half of the 20th century, located on the site of the now non-existent military district of Brdy.a