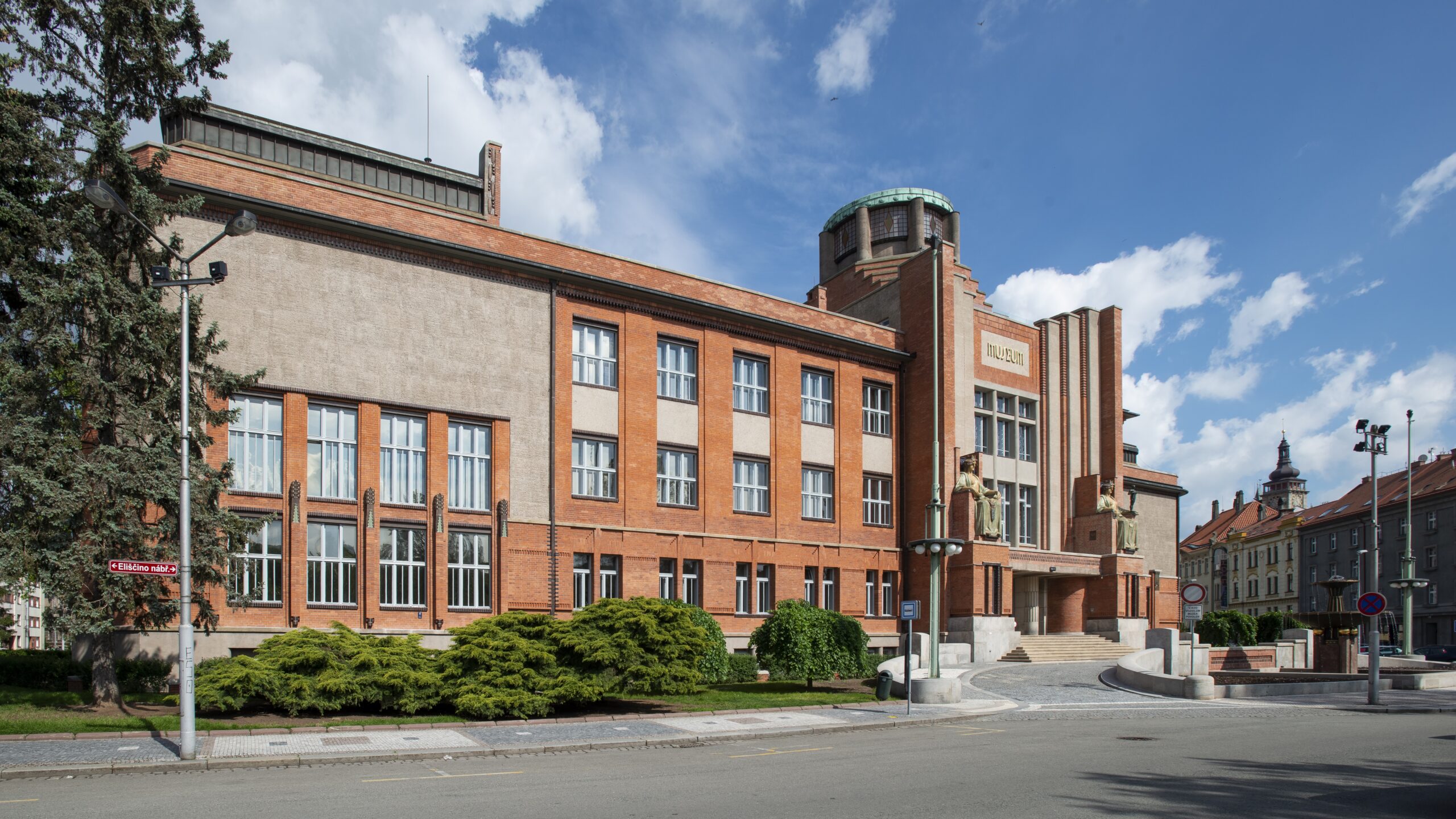 Even though first signs of Eastern Bohemia Museum dated all the way back to 1880, the museum got current look in the years 1909 – 1912 designed by famous Czech architect Jan Kotera. The Museum is considered to be one of the architectonical masterpieces in Hradec Kralove region where it is located.

Meaning of Museum for the region

Located in the city of Hradec Kralove, it is the largest and one of the most important museum in region. It has a wide variety of archaeological, natural science and cultural exhibitions. The first exposition was held in the Chaple of saint Wenceslas, at house N. 33 at Zizka square where the museum was situated on 1st February of 1885. After some time, plans were made for a new Museum building designed by famous Czech architect Jan Kotera,  who designed many others beautiful buildings around the city of Hradec Kralove and in the Czech Republic. The  museum was built in years 1909 to 1912 and soon became an icon of Czech architecture.

Coarse brickwork was used during construction along with pressed half glazed bricks. The original thing about the design is the museum’s detailated facade, especially the plaster decoration. The most significant characteristic of the building are teo statues of sitting women that both symbolize a different part of the city’s history. The statue on the left side symbolizes art and history while the one on right side industry. The statue symbolizing industry also has a little copper figure of man that symbolize city of Hradec Kralove.

The museum has a permanent exhibition that is open to guest all year round, and on top of that, a wide variety of differnt time-limited exhibition. The permanent exhibition showcases the History of Hradec Kralove and it is called “Routes through the City” which is divided to three circuits. The first circuits is called “Towards the city of Czech Queens”, second one “Towards the Fortress” and the last one “Toward the Salon of  the Republic”. This exhibition takes your through the history of city from prehistoric times all the way to the times of the First Czech Republic. The exhibition also contains multimedia interactive elements that help you to enjoy your stay even more.

For more information about the Hradec Kralove region, from which this museum comes, click here and here.