Museum of Chocolate and Marzipan in Tabor 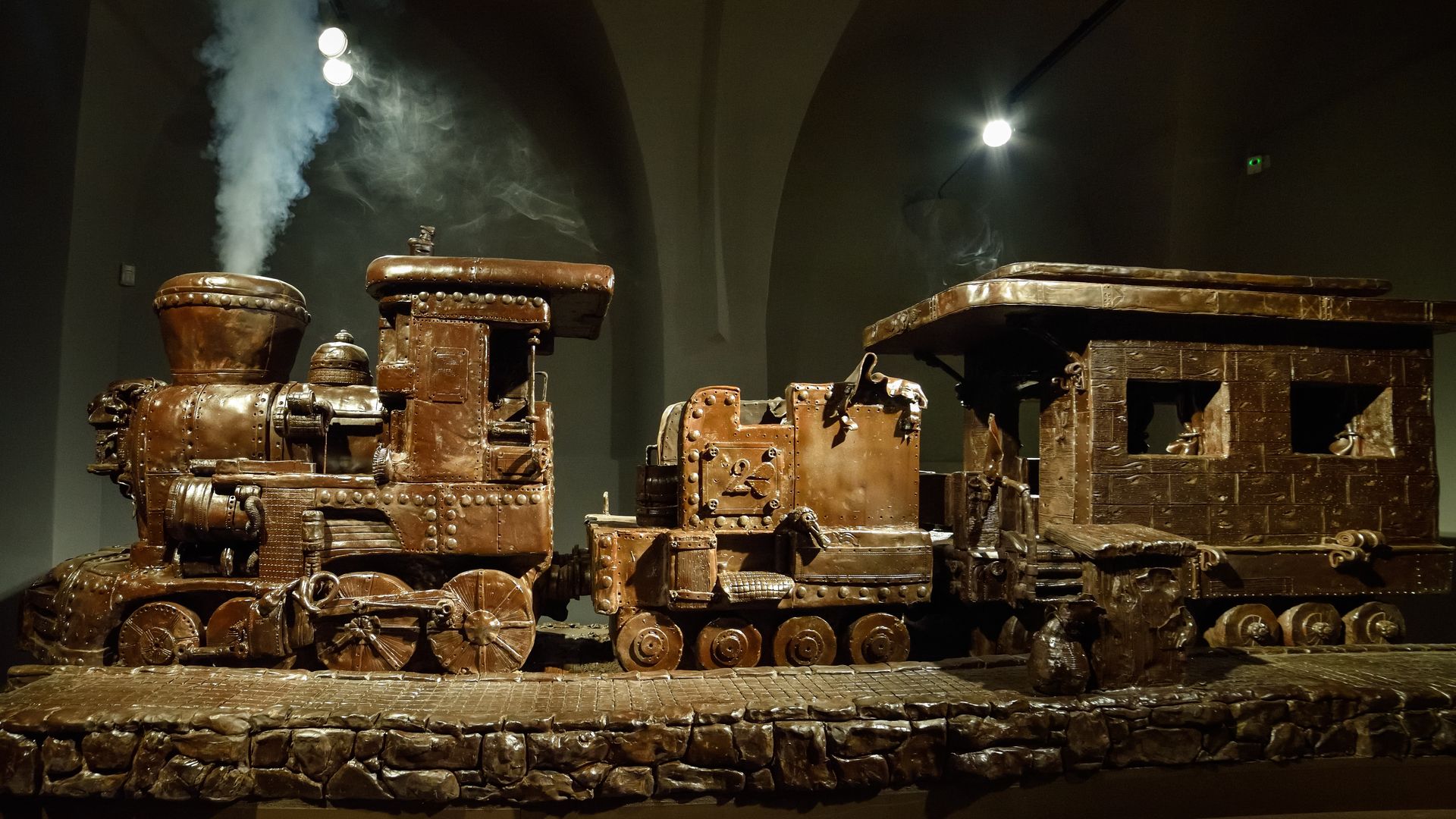 Museum of Chocolate and Marzipan

The Museum of Chocolate and Marzipan is situated in the historical center of the municipality of Tabor on an area of ​​over 1000 square meters.

The Museum was founded in 2012 and opened on 5th September 2012. It presents and maps the history of chocolate, its cultivation, import into Europe, and subsequent processing in the form of candies, tablets, pralines, and figurines. The exhibition also deals with the history of packaging and advertising posters. There are also porcelain or pewter sets from which chocolate was drunk in the 19th century, an aristocratic salon, and a model of cocoa cultivation in the rainforest.

The second part of the museum is then dedicated to marzipan and the possibilities of its processing. There you will see a marzipan model of the square and other Tabor landmarks, marzipan models of fairy tale characters, dresses for dolls, and others. There is a permanent workshop available where you can cast chocolate figurines or work with marzipan.

Part of the museum is also a place where you can taste, relax, and watch how chocolate products are actually made. The confectioners will create candies, pralines, marzipan figurines, and much more right in front of your eyes. You can also buy sweet souvenirs and other souvenirs there. The museum employs most of the staff in sheltered places in a sheltered workshop.

The museum is open daily, all year round. In the winter season they organize a number of tastings and adventure courses.

For more information about the South Bohemian Region, from which this museum comes, click here and here.

The Olomouc Museum Of Art